This holiday season, we're proud to bring back the Gulls Season of Giving! The program includes highlights of positive stories of our community involvement as well as multiple drives and fundraisers supporting several local charities making a positive difference in our community.

The San Diego Gulls will host Gulls Night at Rady Children’s Hospital Ice Rink at Liberty Station to raise funds and awareness for the Peckham Center for Cancer and Blood Disorders. Gulls fans are invited to join Gulliver and the Gulls Girls from 5:30-7:30 p.m. for an evening of skating, participate in a Gulls memorabilia raffle and take a free holiday photo. Rady Children’s Hospital is a strategic partner of the hockey club and is the largest children’s hospital in California providing the largest source of comprehensive pediatric medical services in San Diego, southern Riverside and Imperial counties.

The San Diego Gulls will be visiting Porter Elementary School to share the love of reading by donating books to each student to take home on their winter break. During the Gulls outdoor visit, each student will receive books, a gift from the Gulls and have their classrooms’ picture taken with Gulliver and the Gulls Girls.

The San Diego Gulls return the fan favorite Teddy Bear Toss on Saturday, Dec. 18 vs. the San Jose Barracuda. Fans are encouraged to bring a new teddy bear to the game and toss their bears onto the ice when the Gulls score their first goal of the game. All bears will be donated to local organizations, including Ronald McDonald House and Operation Homefront.

If you are using a text to speech reader for accessibility and are having problems using this application, call (619) 359-4730 for assistance. 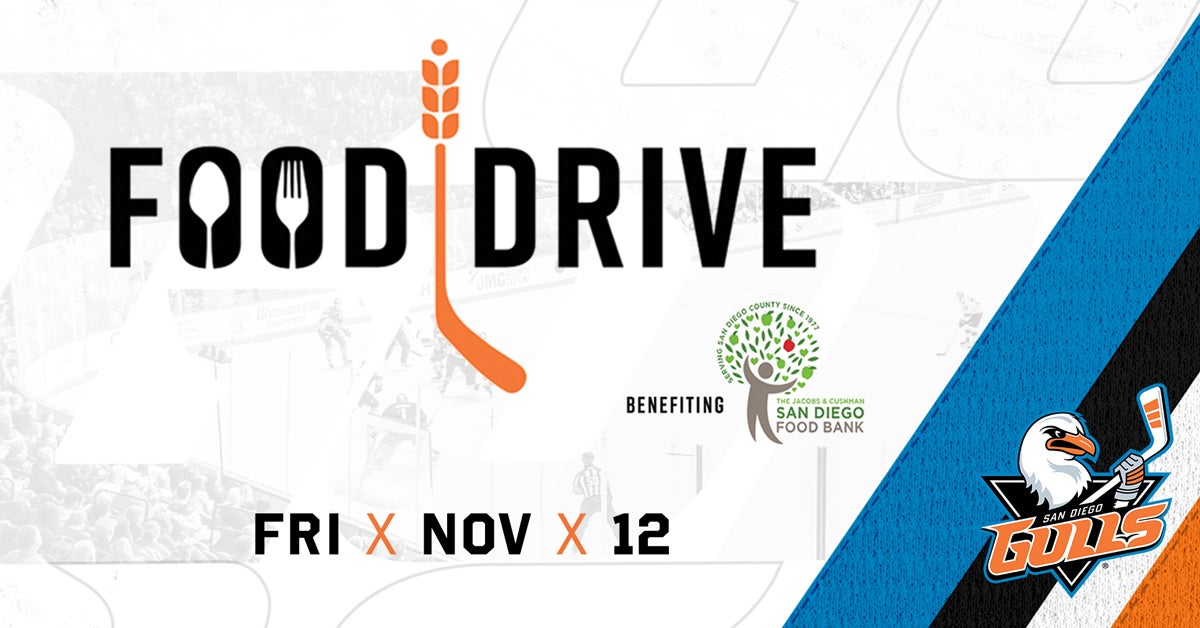 The San Diego Gulls Food Drive will benefit the Jacobs & Cushman San Diego Food Bank and their North County Food Bank Chapter, which comprise the largest hunger-relief organization in San Diego County. Participants are encouraged to make donations at the Nov. 12 Gulls game vs. the Bakersfield Condors and be entered to win a team signed stick. Food Bank volunteers will be available at all Pechanga Arena San Diego entrance to collect donations.

Last year, the Food Bank distributed 63 million pounds of food, and due to heavy demand caused by the pandemic, the Food Bank serves on average 550,000 people per month in San Diego County. Through their North County Food Bank chapter and by partnering with nearly 500 nonprofit partners with feeding programs, the Food Bank provides nutritious food to individuals and families in need in communities throughout San Diego County.