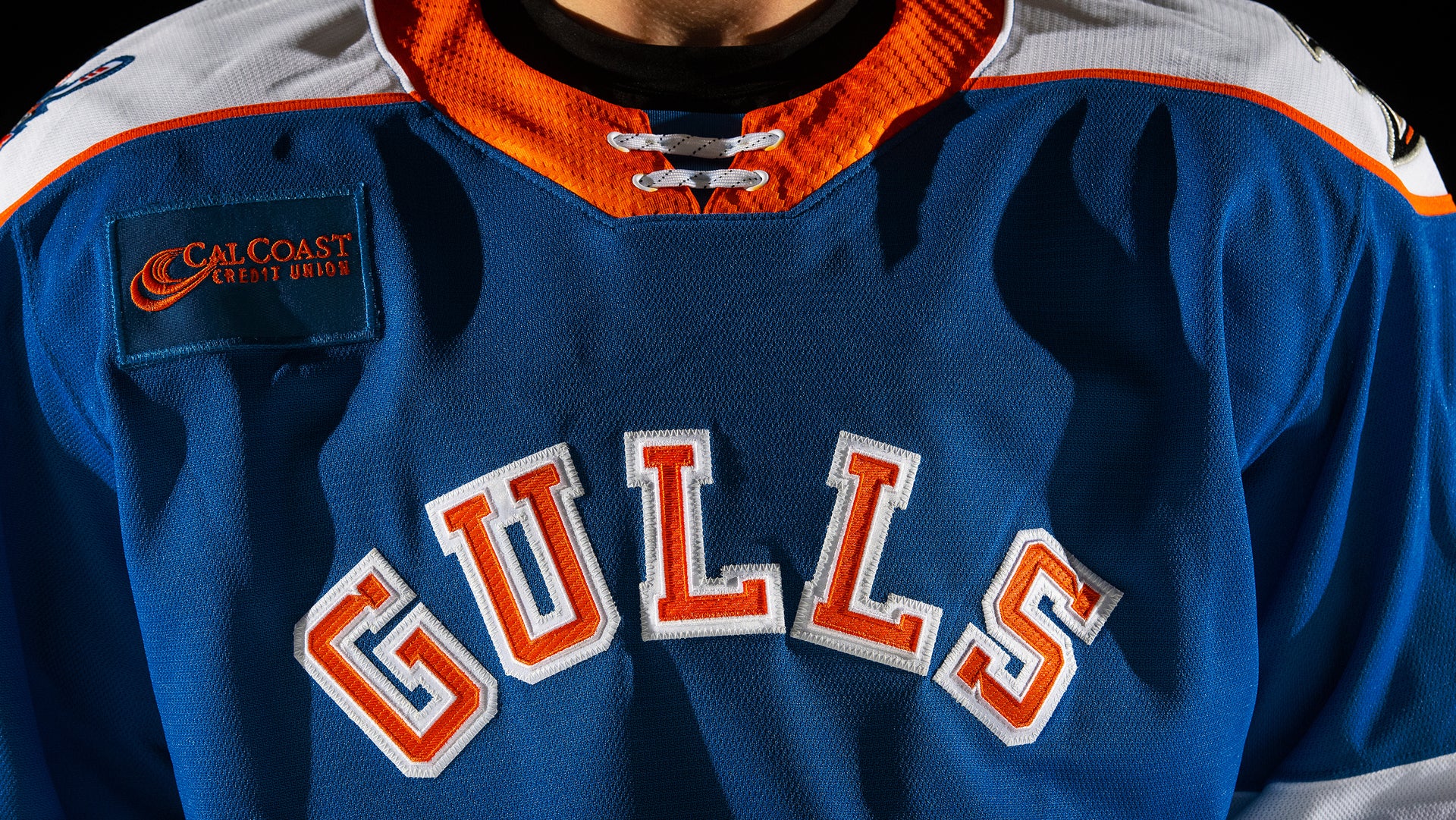 Year Two of the Blue!

We're excited for our popular third jersey to return for the 2022-23 season! The third jersey will blend the old with the new as we honor our past while skating full speed ahead into the future. 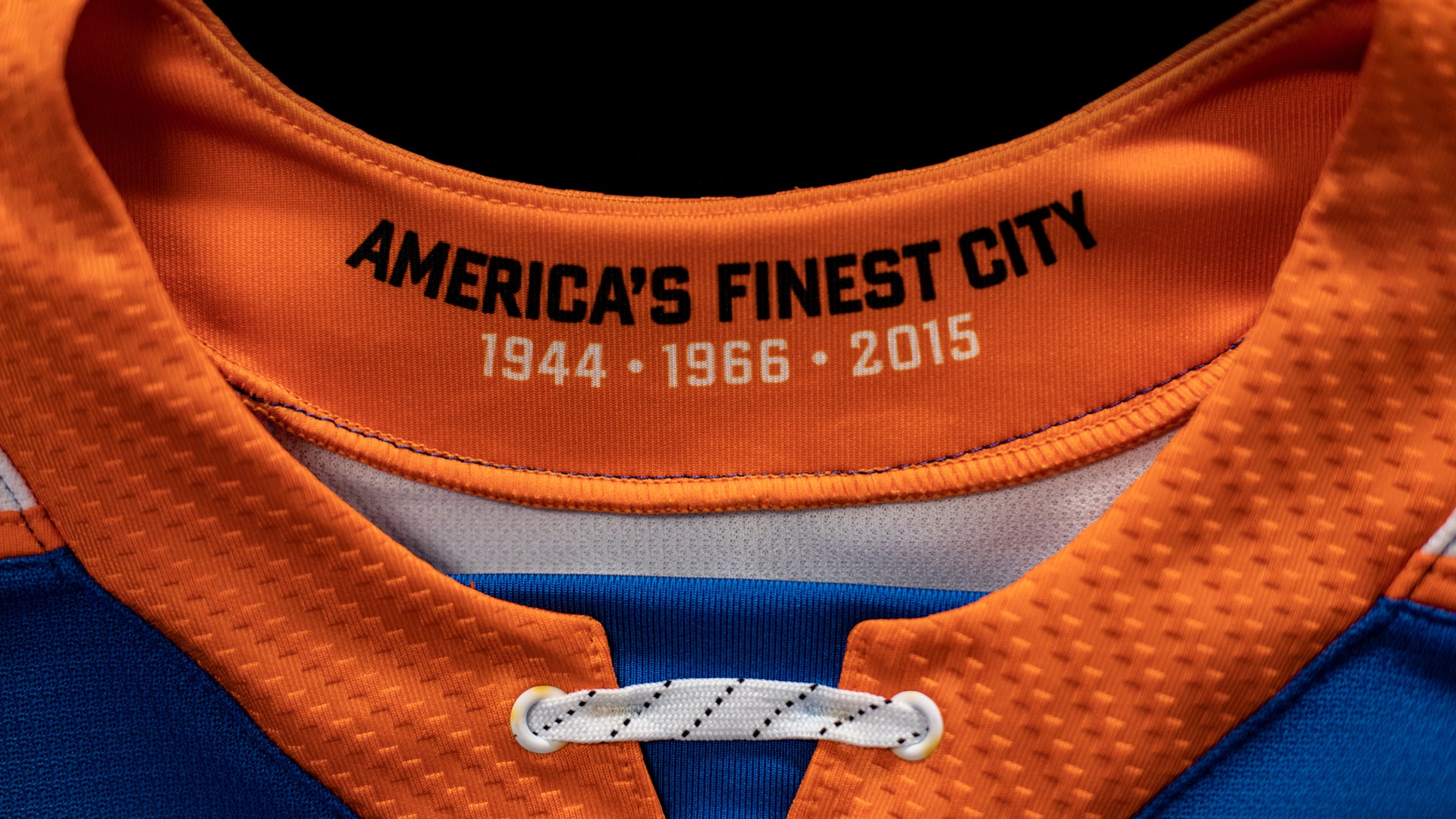 These collar details might not be obvious to the fans when the players wear these jerseys on the ice, but it remained imperative we connected with our home city of San Diego.

The America's Finest City moniker is the quintessential San Diego nickname. Credit for the nickname traces back to former mayor Pete Wilson and Look Magazine, which once called San Diego "one of America's finest cities." 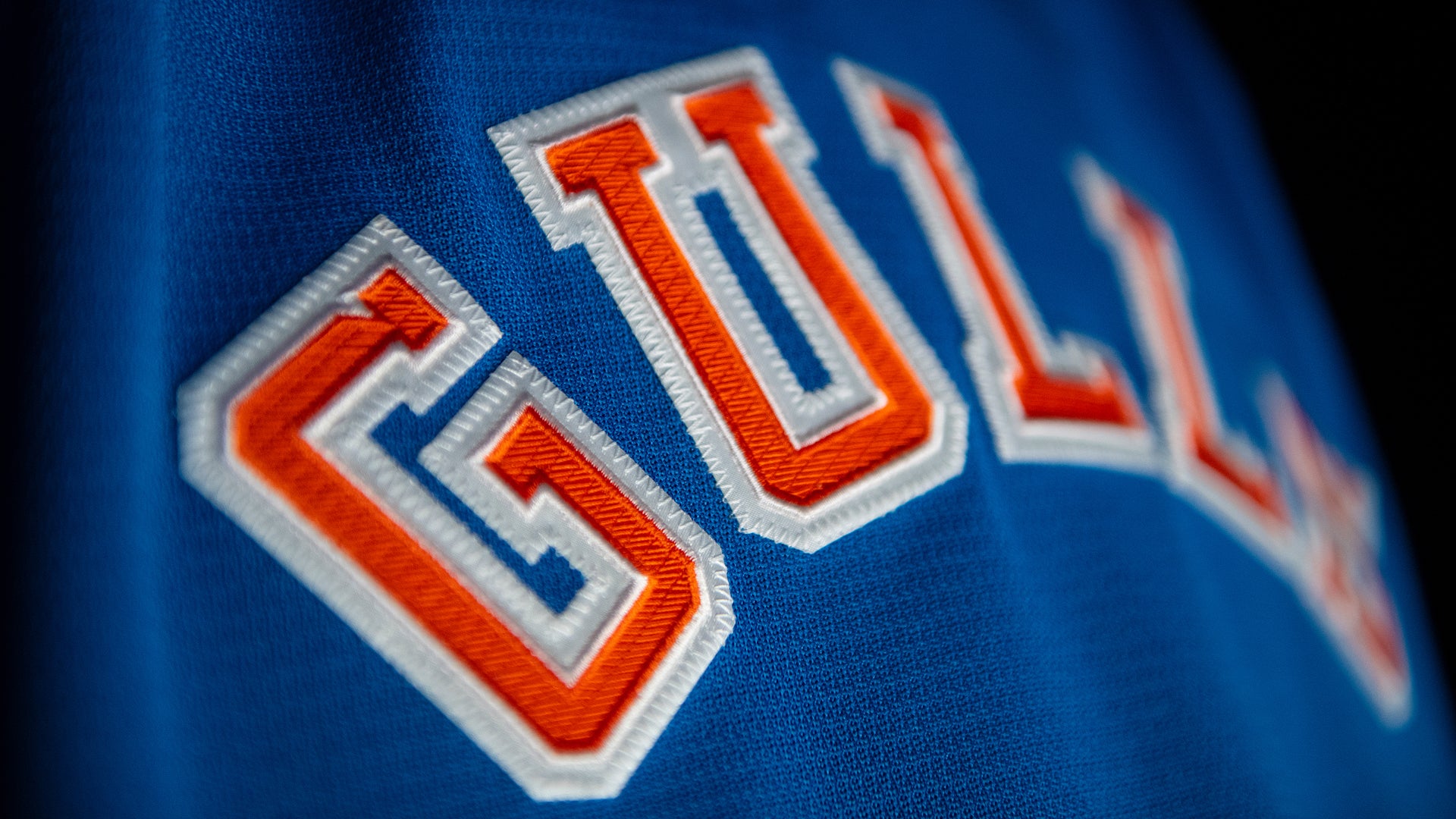 A NOD TO THE PAST

The design is an homage to the Gulls jerseys of the past. The GULLS text across the chest is a similar look to the jerseys worn by the first version of the San Diego Gulls that debuted in the Western Hockey League in 1966.

The ocean blue color making up the jersey and other equipment is a tribute to San Diego and its Pacific Ocean coastal beauty. The orange and white piping on the sleeves and waist are the same colors used in the first San Diego Gulls jerseys from 1966-74, famously worn by Willie O’Ree. 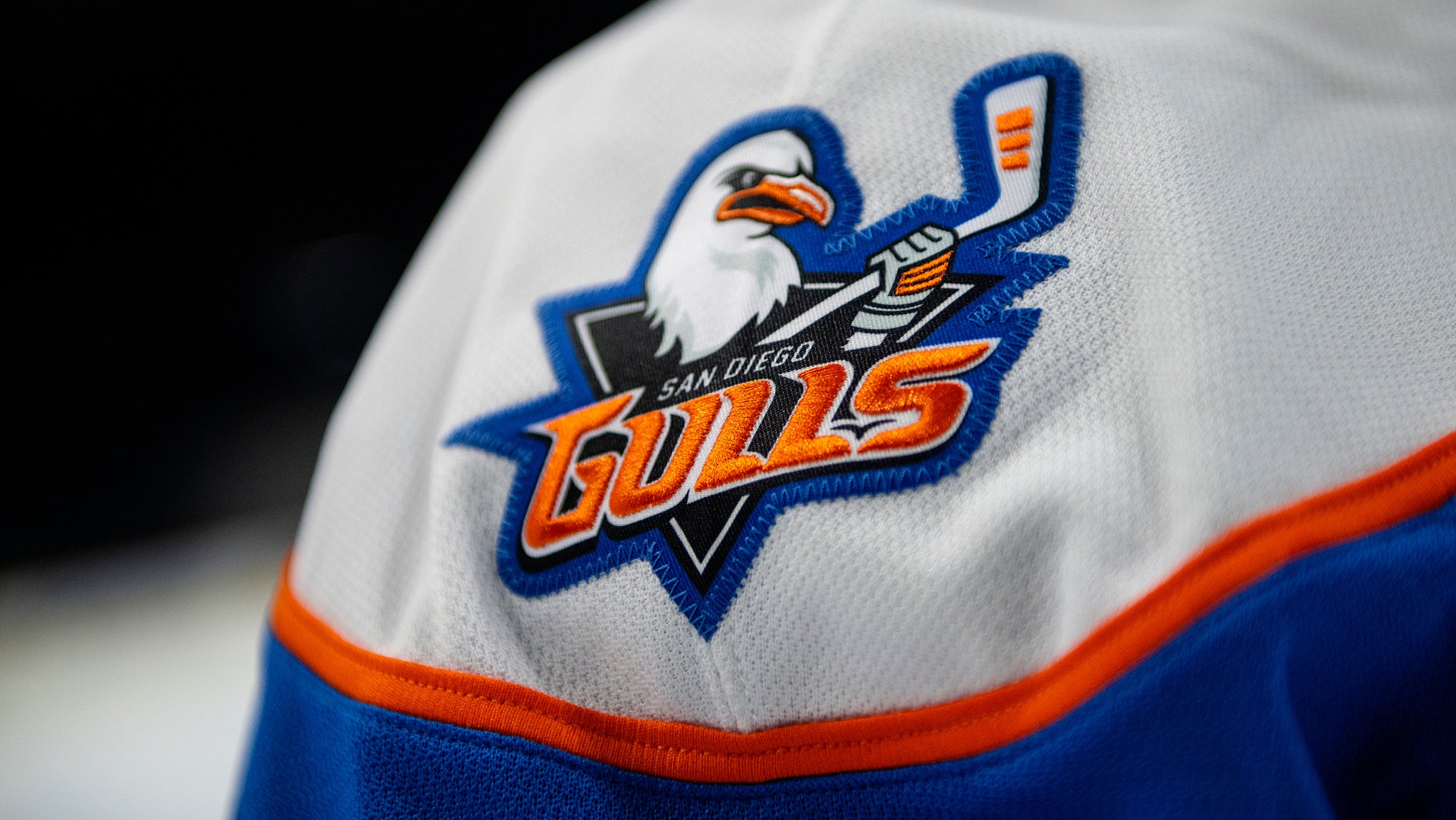 ​​​​​​If you are using a text to speech reader for accessibility and are having problems using this application, call (619) 359-4730 for assistance.