The Gulls have punched their ticket to the 2019 Calder Cup Playoffs for the third time in four seasons! Join us, as the Gulls take their 'Flight to the Cup'! Make your plans to witness exciting playoff hockey at Pechanga Arena San Diego.

Ticket information for the 2019 Calder Cup Playoffs will be released on Saturday, Apr. 13.

San Diego can finish either third or fourth in the Pacific Division with one game remaining in the 2018-19 regular season tomorrow at Tucson (7:05 p.m. PT). The Gulls currently sit fourth among Western Conference teams. The Gulls own an all-time record of 153-95-15-8 which leads the Pacific Division in all-time wins, and co-lead in points (329) and points percentage (.607%) since the division’s inception four seasons ago.

The 2019 Calder Cup Playoffs will begin the week of Apr. 15. Please note that opponent, dates and times will be confirmed and announced when details become available. The Gulls Calder Cup Playoffs First Round schedule will be released by the AHL at a future date. The 2018-19 regular season ends on Sunday, Apr. 14.

Please visit the Gulls' Playoff page for up to date information on the Gulls Flight to the Cup.

More information on the Gulls 2019 postseason will be released at a later date, including ticket on-sale dates and times, in addition to events surrounding the 2019 postseason. 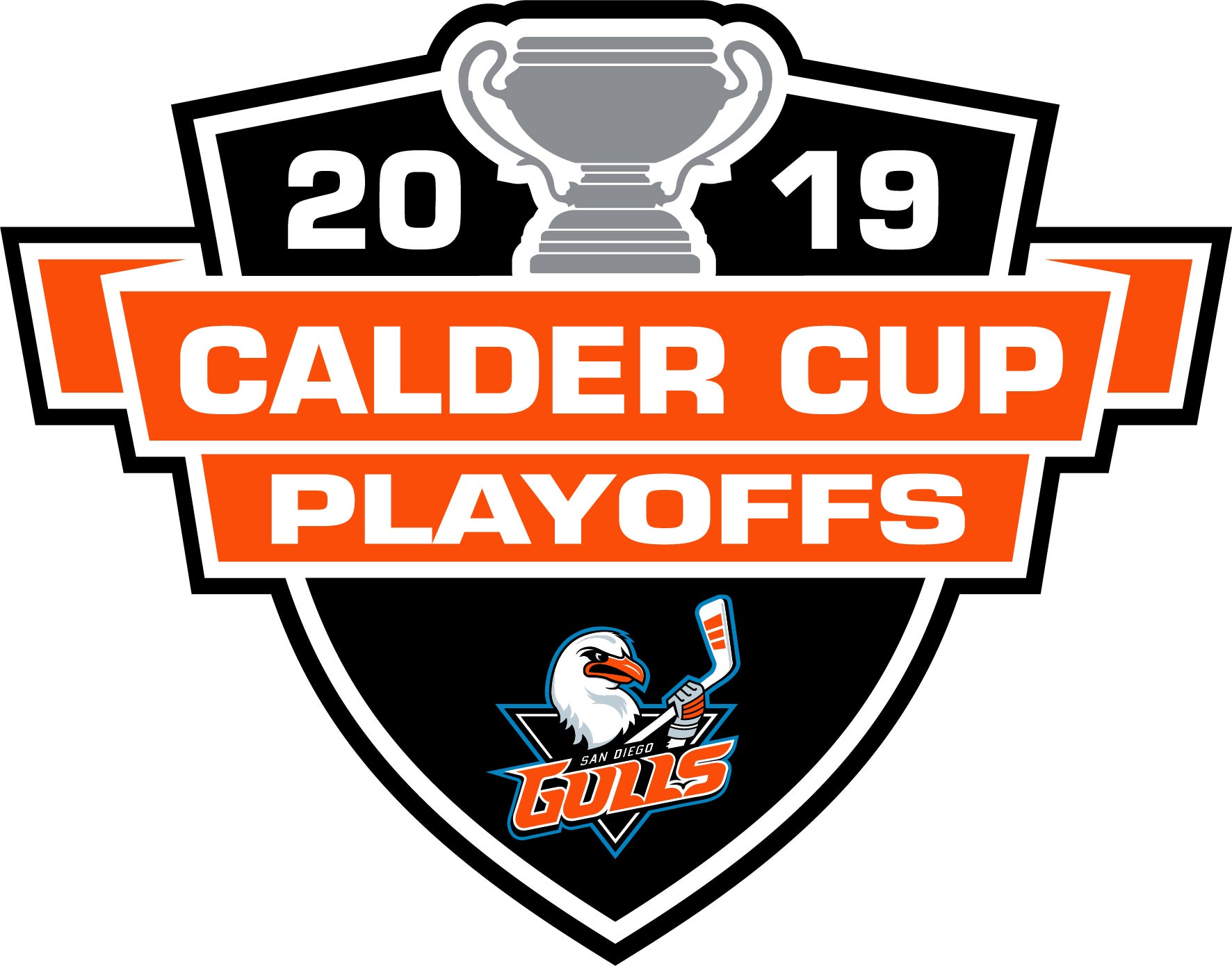 American Hockey League Playoff Format:
The Calder Cup Playoffs will consist of 16 teams, eight in each conference, and four in each division. The division winner with the most points in the conference will be matched against the fourth-place in each respective division with the fewest points. The teams finishing second and third in each division will play in the First Round of the playoffs. The winners of each opening-round series will play for berths in the conference championship series. The winners of the each Conference Finals will advance to the Calder Cup Finals.

Depending on seeding, the Gulls can host a maximum of 14 home games throughout the postseason. San Diego can finish either third or fourth in the Pacific Division.