A Look Back: A State of the Art Facility In San Diego

The final piece of a four-part series, SanDiegoGulls.com provides in depth look at how the Gulls returned to San Diego in 2015, how the team’s brand was launched, the inaugural AHL game in San Diego and the creation of the team’s practice facility in Poway. The series covers the pillar moments as we hear from key members of the organization and community shaping the franchise from day one.

Patience is a virtue. That was the motto for the San Diego Gulls in their inaugural 2015 season.

As the club began its first season as an American Hockey League (AHL) team in San Diego, the club didn’t have a consistent facility to conduct team practices, workouts, meetings. It had no place to call home. While the then-named Valley View Casino Center served as the venue for home games, the team bounced around town, using various public rinks while their future practice facility remained under construction.

“I sometimes think we forget that Rome wasn’t built in a day,” said former Gulls President Ari Segal. “If you step back and you take a 30,000-foot view, is two years, three years or even four years a long time for physical infrastructure to come together in a way that is not just good enough, but best in class to support some sort of operation? No, not really.

“How many teams in various leagues play in temporary facilities while another facility gets built? Like the (Los Angeles) Rams and Chargers – the Chargers played in a soccer stadium the last two years while SoFi Stadium was being built. This happens time and again so I think sometimes things are worth the wait.”

The wait posed challenges for the professional hockey organization needing an everyday facility for extended hours. The ultimate desire included the use of a facility from the early morning until deep into the afternoon, extending to the needs of a home base for the day-to-day operation of the hockey club. The emphasis was on a space for management, coaches and players, and performance/athletic training staff. At times, the opportunity would arise at certain rinks in town to have these needs fulfilled, but on other occasions, the team needed to plan its time around the rinks available to them.

“It was pretty funny at times, like where we were doing our workouts at the game rink and there would be no ice so we’d have to pick up our gear and get half dressed,” recalled former Gulls defenseman Jaycob Megna. “It was obviously not convenient, but we were in San Diego and it was sunny outside so we could deal with it and figure it out.

“I remember our favorite rink was the Kroc Center because they had a swimming pool right outside and the roof was glass so it was sunny while you were practicing. Stuff like that where yeah, it wasn’t convenient and it was a pain, but it was worth it because it was new and we found ways to make it fun and embrace that we didn’t have the cushy set up that they have now.”

The situation wasn’t perfect, but the Gulls did their best to find positives in the situation. The club moved around quite a bit during its inaugural season, practicing all around San Diego at Kroc Center, San Diego Ice Arena, Ice-Plex Escondido, and building a bond across the team through the experiences.

“It was different, we were practicing in a lot of different rinks,” said Gulls general manager Bob Ferguson. “(Pechanga) Arena, which has such a busy schedule, was able to fit us in where we did get more practice time at the Sports Arena than we originally anticipated. But once they got into their busy concert season and stuff like that, that’s when the challenge came.

“I believe there was seven different ice facilities in San Diego and we probably practiced at all of them during that time. We were scrambling to get ice whenever we could but I know the Kroc Center was one of our main locations, the ice rink in Mira Mesa, out in Escondido, we had one practice over at the mall over by La Jolla there. We pretty well skated on every ice sheet in the city of San Diego that first season but hey they all seemed to work because we had a very successful year.”

The Gulls rallied behind their unique situation in the first half of the inaugural 2015-16 season, recording a 17-12-0-1 record before the facility’s opening.

AHL teams rely on their practice facility heavier than a league such as the National Hockey League. Games in the AHL are scheduled primarily on the weekends, so even during road trips that span more than a week, the team can travel back to home base to practice and prepare for upcoming games, develop players, watch video, all while spending up to five days in a row at their rink.

“We dressed at the arena each day, had to drive to some old-school rinks where figure skaters were the only ones on the ice,” explained former Gulls defenseman Brandon Montour. “Dress and drive – we did a lot of that until late January and then they opened the new, first class practice rink. At the time, it was a better setup than Anaheim had.” 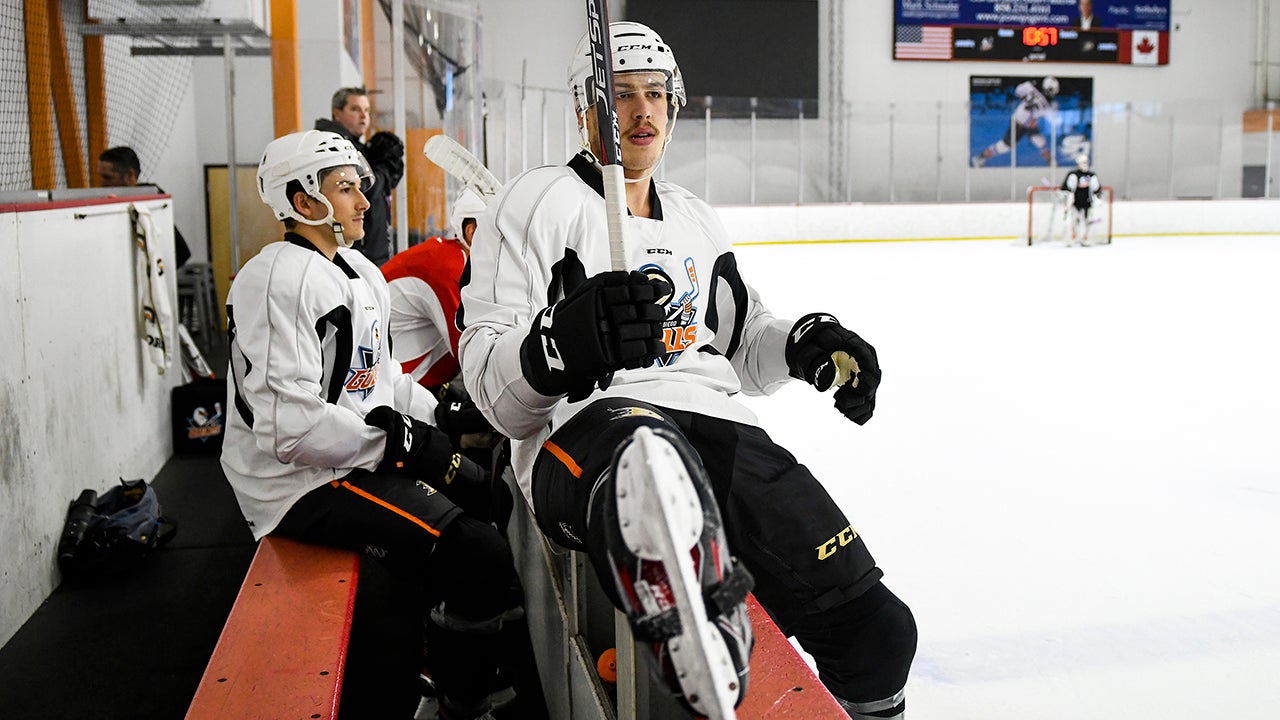 THE RINKS - Poway ICE took its first steps to becoming the home of the Gulls the night of Mar. 17, 2015, following a unanimous approval of plans by the Poway City Council. After months of bouncing from rink to rink, the club officially moved practice facilities on Jan. 5, 2016. The project took 294 days and a $2 million investment by the Ducks before everything came to fruition.

“It was well worth the wait,” Ferguson added. “Up until the Ducks opened up their new (ice hockey facility) at the Great Park Arena last year, we probably had the best practice facility in professional hockey.”

Driving by Poway ICE, if you blink, you might miss it. Tucked away in Poway, roughly 45 minutes from Pechanga Arena San Diego, the outside of the facility looks like the commercial buildings surrounding it.

However, the rink and facilities exceeded the team's expectations. Walking past the front desk - where the public can rent skates - customers are greeted with Gulls branding. Former marquee players decorate the walls, a testament to the team's ability to develop NHL-caliber talent.

When you take a look around, there is no questioning whose territory you’re in.

“It’s a home,” said former Gulls head coach Dallas Eakins in a January 2016 interview with the San Diego Union-Tribune. “It’s like where you live, like where people come home. You’re comfortable there. And I think where you’re comfortable, you’re able to teach the best and I think you’re also able to learn the best.”

The NHL-sized ice rink includes an interesting link to the team's parent club.

When Honda Center updated its infrastructure and added new dasher boards, the original owners of Poway ICE purchased and installed the. These boards saw hundreds of Ducks games, including the 2007 Stanley Cup Finals.

The facility, from the indoor ice rink to the locker room, is without a doubt one of the best in the AHL and rivals some NHL facilities.

Behind the double doors that lead to the Gulls private space lies a dedicated Gulls locker room, auxiliary locker room, players dressing room, coaching offices, changing room, full gym, medical room and spa/whirlpool, as well as a theater used for film study. The various features of the new setup allowed the team to prepare at its highest efficiency, while also providing three offices on the back end of the facility for Ferguson, Director of Hockey Operations Jillian Reddin, and Team Services Manager Jeff Goduti.

“It’s one thing to grab your computer and be running around to players trying to show them clips,” added Eakins in the interview. “It’s another thing to have them sitting in a space where there’s an 80-inch screen and now you can talk to the group in a small confine.”

While Poway ICE gave a much more visually pleasing and comfortable atmosphere for players, coaches and management, the purpose of building a new home for the Gulls meant much more. It meant providing players with the best setup for success.

“What we were really trying to do is build a model franchise and a model development structure that creates the best possible opportunity to develop prospects for an NHL club,” added Segal. “To create regional connection for two professional teams with fandom that is relevant at the American Hockey League, but has deep, unbreaking connectivity to the NHL parent. Two years really doesn’t feel like that much of a disruption even though working through that is part of the process of getting to the prize.” 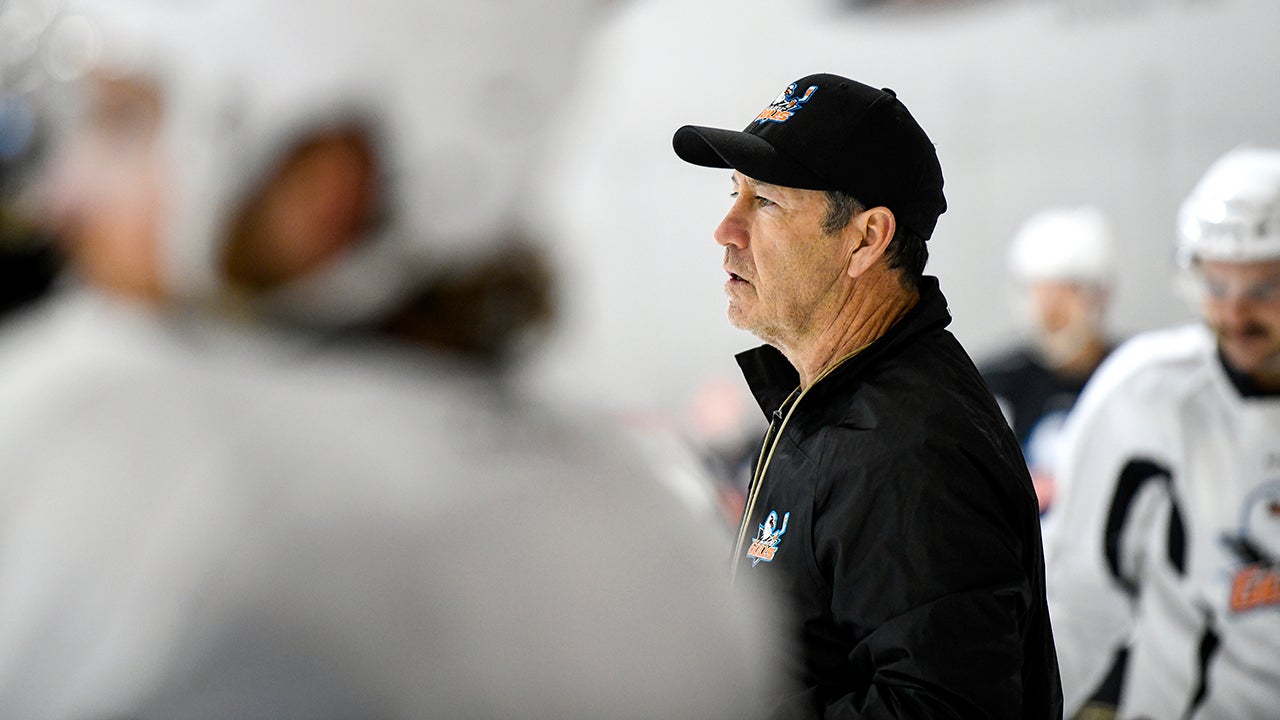 Less than two years after THE RINKS - Poway ICE became the official practice rink of the San Diego Gulls, the Anaheim Ducks purchased the facility and added it to The Rinks Development Program, the first in San Diego County. The addition presented America’s Finest City with youth and adult hockey programs, figure skating, learn-to-skate and learn-to-play programs, and so much more.

"This is great day for The Rinks Development Program and hockey in San Diego," said Vice President of The Rinks Art Trottier. "Poway ICE will be a significant addition to The Rinks and become a destination for local hockey players throughout San Diego County."

The Anaheim Ducks organization, starting with the ownership group in Henry and Susan Samueli, don’t cut corners. They strive to perfect the process and take time to persevere. Their ambition for perfection has provided the Gulls with everything they need to become one of the most premier teams in the AHL, while expanding the rise of hockey in Southern California.