With our 2020-2021 season wrapped up, we take a look back at some of our top goals of the year, including a game-winning overtime goal to conclude our regular season and a highlight-reel goal from one our rookies.

The San Diego Gulls opened their season with six consecutive wins on home ice, including their first matchup against the rival, Ontario Reign. The game was a tight one and ultimately came down to the final shot of the contest.

The Gulls entered the third period down a goal, and after Josh Mahura tied the game and the clock continued to tick in a 1-1 tie, the low-scoring contest seemed like it was destined for overtime. In the final moments of regulation, a newly signed defenseman, more renowned for his play in the defensive zone than the attacking area, changed that narrative. 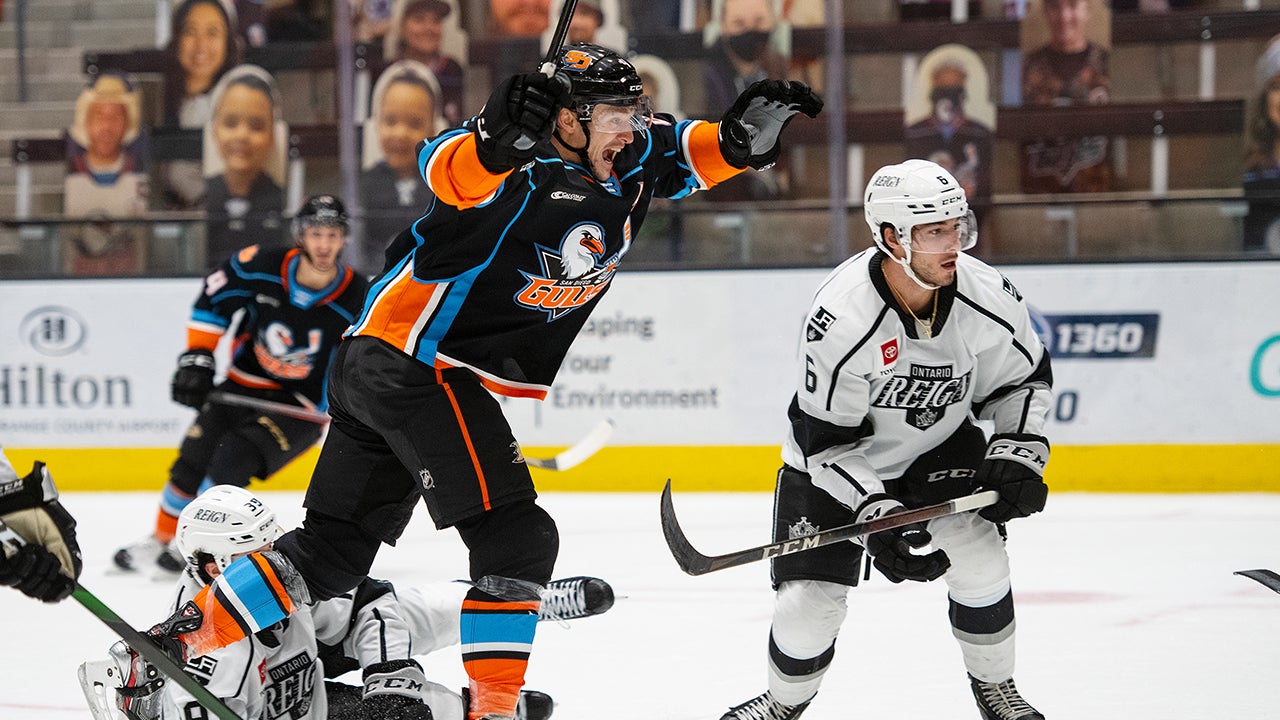 San Diego’s Alex Dostie created a late scoring chance as he attempted to pass the puck across the slot, but the puck was block and fluttered into the air. Ontario netminder Matthew Villata attempted to bat the puck away from his net but misplayed it and took himself out of position. Lowe pounced on the bouncing rebound at the top of the hashmarks and fired a shot into the net for the winning goal.

"To be honest, I blacked out a bit," said Lowe following the win. "I knew there wasn’t much time up on the clock. I took a peek on the way up [the ice]. They want us up in the rush so I followed the play up. The goalie tried to clear the puck so it went past their players. I just went in and tried to put to the side he wasn’t on and it worked out." 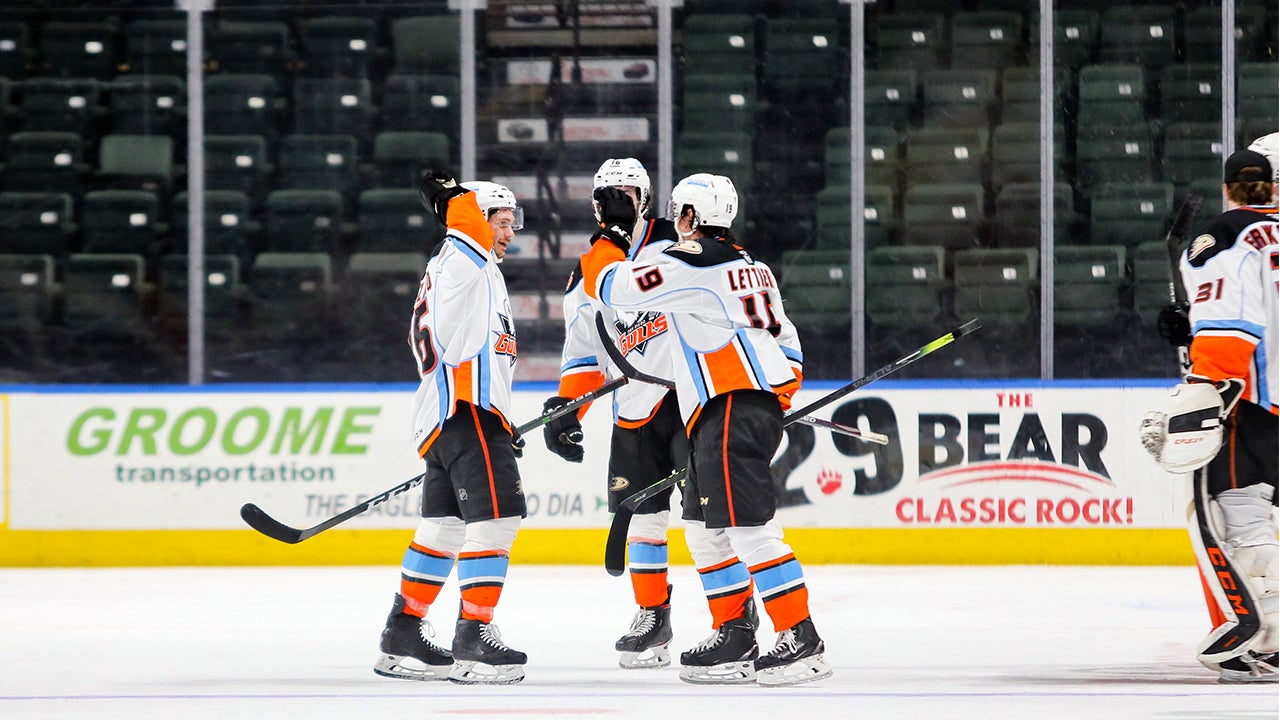 San Diego’s 2020-21 regular season came down to a three-game road trip against the Colorado Eagles as the club was in a battle for playoff positioning. After splitting the first two contests, the final game of the shortened season required overtime after the scoreboard read 2-2 after 60 minutes of play.

Midway through the extra period, Colorado forward Callahan Burke received a minor penalty for hooking, handing San Diego with a critical man advantage. Andrew Agozzino, a former alternate captain for the Eagles in their inaugural season, was the one to record the game-winning goal on the 4-on-3 power-play opportunity.

Vinni Lettieri sent a hard pass from the top of the slot to a wide-open Agozzino. who perfectly deflect the puck into the net to conclude the regular season with a huge win. The goal pushed Agozzino into a tie at the top of the American Hockey League for power-play goals (8) and overtime goals (2). 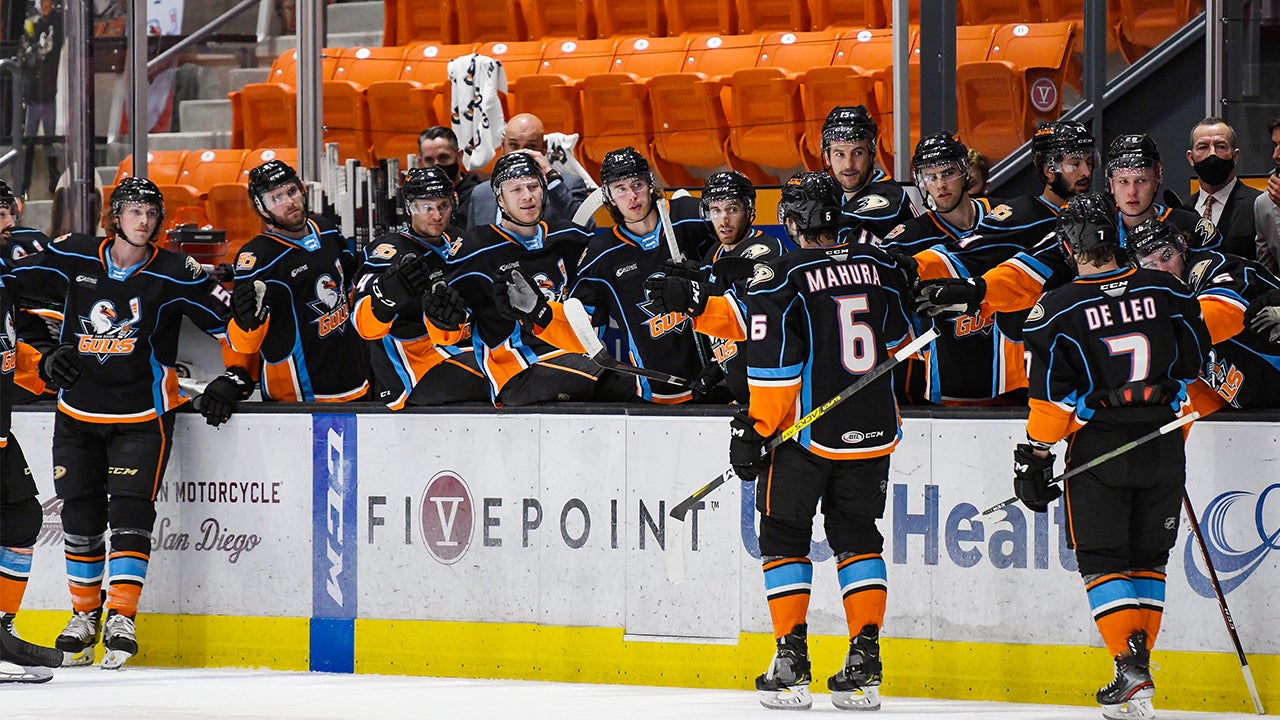 After a month with the Anaheim Ducks, Trevor Zegras was re-assigned to San Diego to transition to the center position. The rookie wasted no time to make an impression, as he set up a game-tying goal against the Reign with a highlight-reel pass in his first game back with the Gulls.

In the final minutes of the second period, the Gulls scored with a tic-tac-toe passing play. Chase De Leo skated into the Ontario zone before directing a pass to Zegras, who quickly spun around and delivered a no-look backhand pass between two Reign defenders from the corner of the rink. Mahura caught the pass in the slot and one-timed it to the back of the net.

The score marked Mahura’s second goal of the contest for his first multi-goal game, which also set a new career-high in goals in a single season (5). 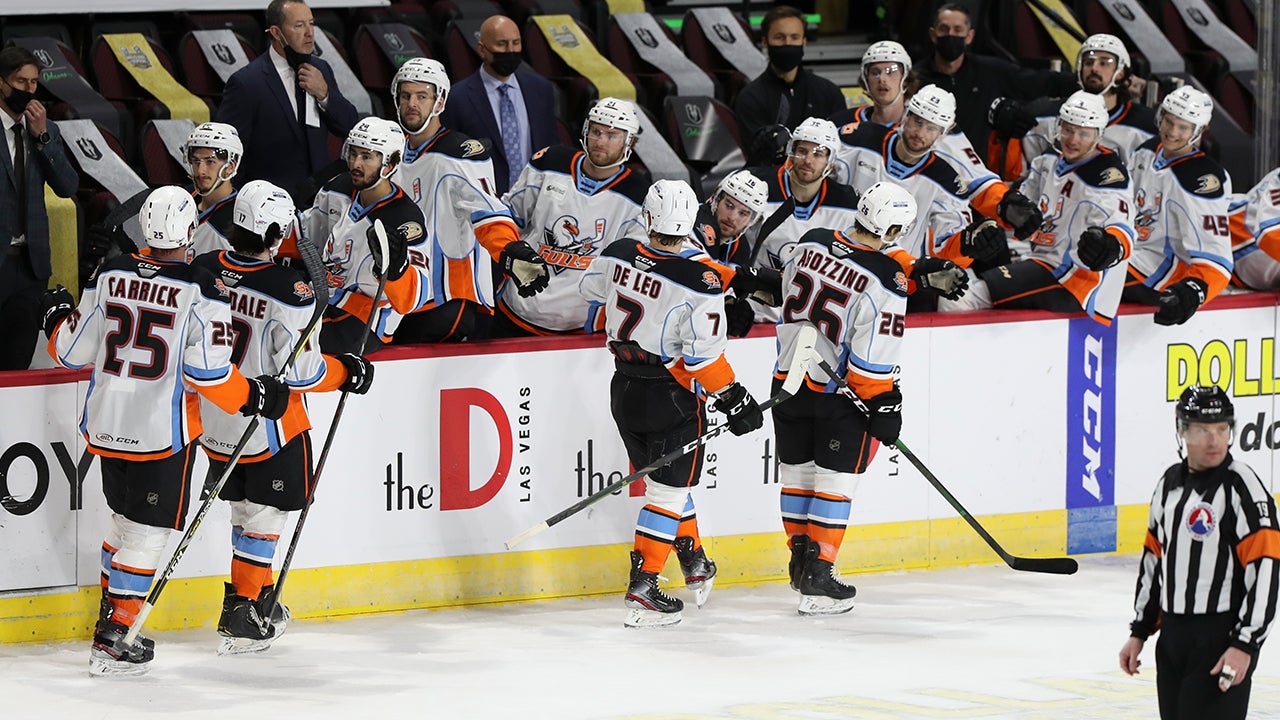 What Gulls highlight list is complete without one from captain Sam Carrick? A consistent offensive threat and fan favorite, Carrick’s highlight-reel pass came in his 200th game with the Gulls  as the center became just the third player to reach that mark in club history.

In the third consecutive game against the Silver Knights on the team’s first ever road trip to Henderson, Carrick made a memorable play that started in the defensive zone with a faceoff win. The 29-year-old veteran was quick to transition to the other end of the ice in a two-on-two alongside rookie forward Bryce Kindopp.

Carrick first undressed Henderson defenseman Ryan Murphy, the winner of the Eddie Shore Award as the AHL’s outstanding defenseman for the 2020-21 season, sending the standout to the ice. He wasn’t done there, as he then deked around a second Henderson defender with a forehand-to-backhand move before sending the puck to Kindopp for the go-ahead goal. 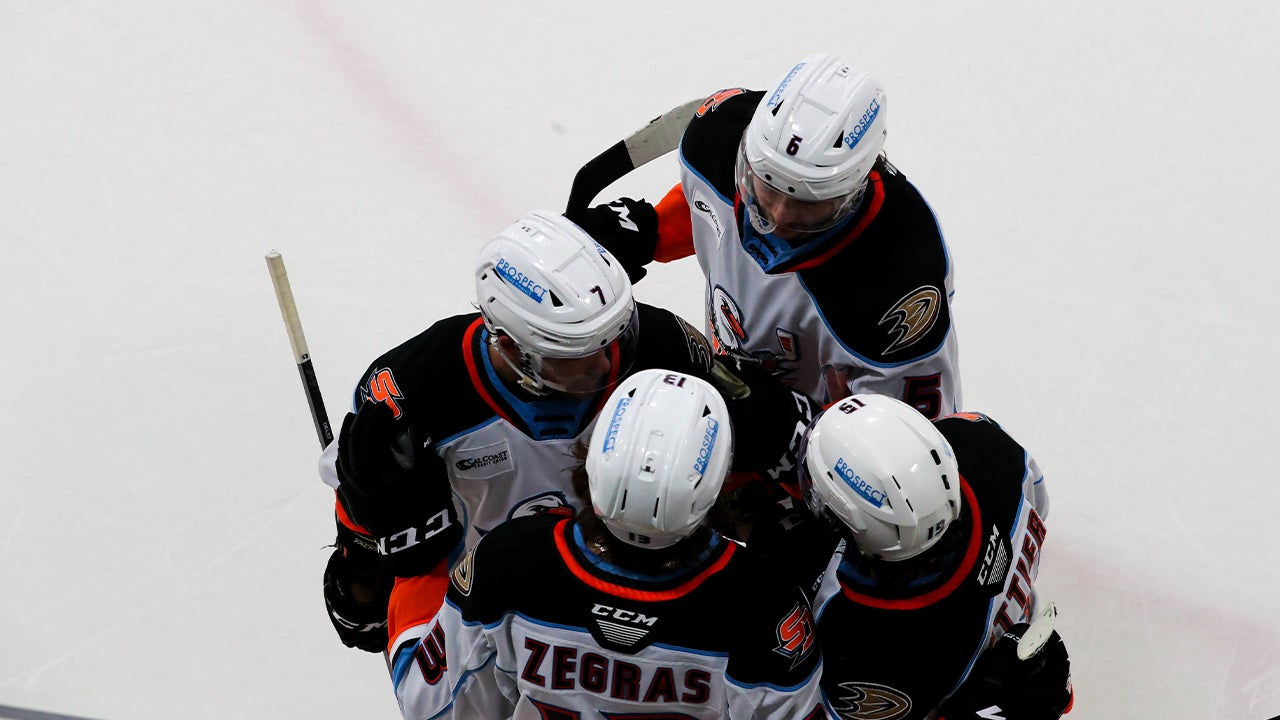 The top goal of the Gulls 2020-21 regular season belongs to the human highlight reel, also known as Trevor Zegras. In a year with plenty of highlights from the 20-year-old rookie phenom, the goal scored on Apr. 15 in the Gulls rival Ontario Reign’s home arena stood above the rest.

Zegras raced down the ice in full stride to collect a feed from Lettieri for a breakaway chance. The rookie faked a shot before bringing the puck to his backhand and using the toe of the stick to flip it over Berube and into the back of the net.

Adding to the moment was the pass Zegras received from Lettieri. The veteran forward was able to make an incredible no-look, backhanded pass between his legs past two Ontario defenders and perfectly onto Zegras’ stick.

“I took a look before the puck came to me,” explained Lettieri. “I got lucky with it, missing all those guys’ sticks, but Z made an insane goal. I couldn’t believe it actually, so it was pretty cool to see it. A lucky pass by me, but it was just skill what he did on the breakaway.”