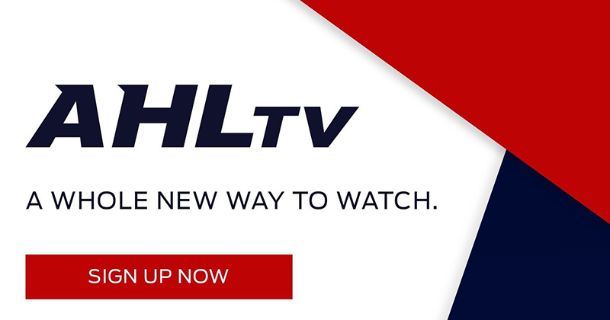 The American Hockey League today announced an enhanced partnership with HockeyTech and the launch of a brand-new streaming platform, AHLTV.

The creation of AHLTV marks the latest expansion of the American Hockey League’s long-standing relationship with HockeyTech, which also provides real-time scoring and statistical services for the AHL and its 31 teams and hosts the AHL’s official website and mobile app.

“We are extremely excited to introduce AHLTV beginning this fall,” said David Andrews, President and Chief Executive Officer of the American Hockey League. “AHLTV reflects the high standards that our fans and stakeholders have come to expect from the American Hockey League, and HockeyTech shares our vision of bringing the excitement of AHL hockey as an enhanced digital experience to fans who can’t make it to the rink.”

“HockeyTech is proud to launch AHLTV in a true partnership with the American Hockey League,” said HockeyTech founder and CEO Stu Siegel. “Using the most advanced, cutting-edge digital technologies, AHL fans will have the most innovative multimedia hockey viewing experience available worldwide.”

Available at theahl.com/AHLTV, AHLTV will feature live streaming of every AHL game in high definition on desktop, laptop, tablet and mobile devices, as well as over-the-top (OTT) platforms such as Roku, Apple TV, Amazon Fire TV, Chromecast and Android TV. AHLTV subscriptions, which include live and archived games, will begin at just $79.99 (US) for the entire 2018-19 regular season.

More than simply a means to watch games, AHLTV will use HockeyTech’s leading technology to form a full digital ecosystem in which data and video are integrated to create an experience unique to each user. Game feeds will be seamlessly combined with the AHL’s statistical database from LeagueStat, providing real-time scoring updates for fans as they watch, and viewers will also be able to capture and save their own highlight clips to share with other AHLTV users within the platform.

In addition to the standard produced video feeds, AHLTV games will also feature HockeyTech’s ViPr system of video production, with every arena outfitted with a camera that will capture the entire sheet of ice in one high-definition, undistorted, panoramic view that lets mobile viewers control what they see by pinching, zooming and tilting their phone.

Fans can visit theahl.com/AHLTV now to register for a free AHLTV account and to purchase subscriptions for the 2018-19 regular season.

<strong>About HockeyTech</strong>
HockeyTech (hockeytech.com) is the worldwide leader in providing hockey-related technologies, analytics, and information services. HockeyTech was founded in 2012 by Stu Siegel, a technology entrepreneur and former Florida Panthers (NHL) Managing Partner/CEO. HockeyTech has made six company acquisitions to date, integrating and developing one-of-a-kind hockey-focused tools. While HockeyTech is a fairly new corporate identity, HockeyTech’s brands have been providing cutting-edge solutions for the hockey world since 1998.