Hope springs eternal around the summer months in the hockey world. Those first pops of optimism sprout around one of the sport’s most important events, the annual National Hockey League (NHL) Draft.

This year’s event – starting in one week – brings the promise of new talent ready to inject organizations with plenty of skill and an overabundance of excitement. The feeling is especially prevalent for the Anaheim Ducks, as the team enters with the third overall pick – its highest selection in 16 years.

The Ducks had a chance at one of the top two selections of the draft but saw the Buffalo Sabres win the NHL Lottery on June 2 to drop them down to the third spot.

"It is obviously disappointing for us and our fans to not remain in the top two of this draft, but we still have the opportunity to make a top-five selection for the first time in 16 years," said Executive Vice President and General Manager Bob Murray following the event. "The top part of the draft has some outstanding talent, and we will look to add to the exciting young prospects in our organization for years to come."

Anaheim enters the draft with seven selections, including two picks in the fourth round. 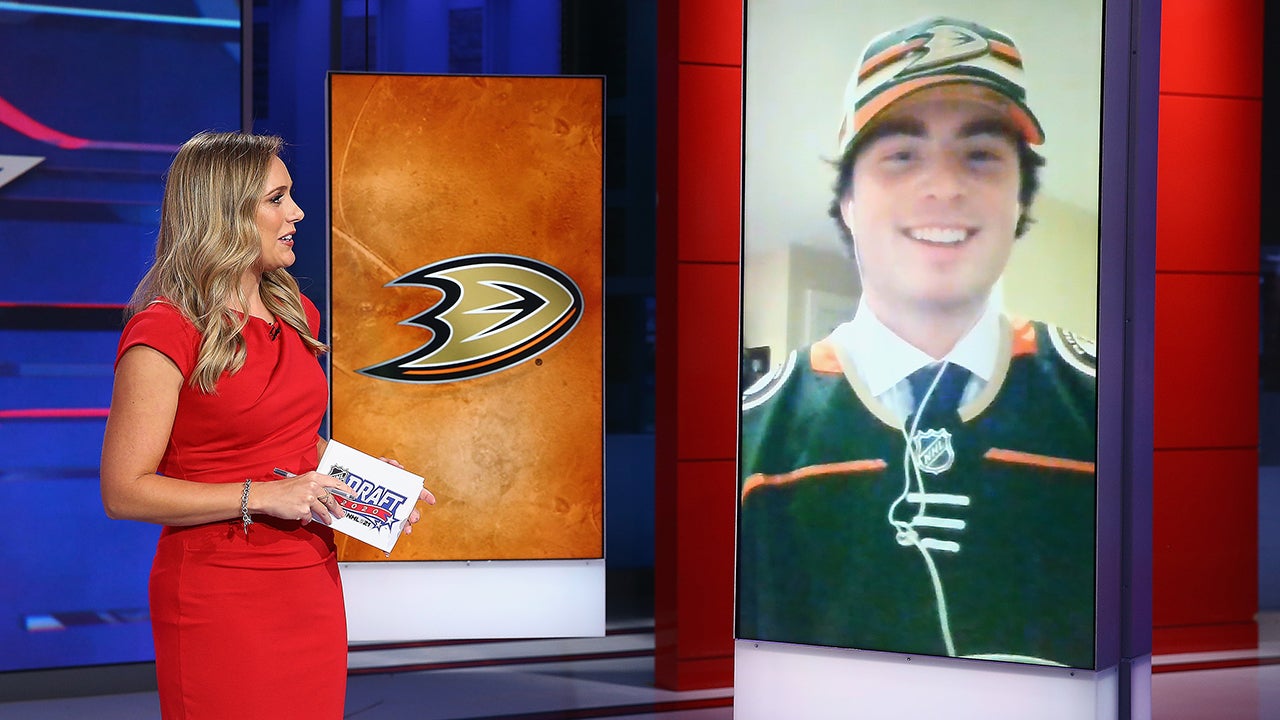 A MODEL OF DRAFT SUCCESS

Anaheim’s previous four top-four selections is an impressive list of players who made a large impact in the NHL. Hall of Famer Paul Kariya leads off the group, representing the first-ever Ducks draft pick when Anaheim selected him fourth overall in the 1993 NHL Draft. In 606 career games with the Mighty Ducks, Kariya collected 669 points (300g/369a) and remains the all-time franchise leader in points-per-game (1.10). Kariya continues to hold many franchise records, including most single-season goals by a left wing (50 in 1995-96), most single-season points by a left wing (108 in 1995-96) and most single-season assists by a left wing (62 in 1998-99). Entering the 2020-21 season, among all-time franchise leaders, Kariya co-led in shorthanded goals (16), ranked second in power-play goals (107), third in goals and power-play points (263), fourth in scoring and assists.

Two players on the list – Oleg Tverdovsksy (2nd overall, 1994) and Chad Kilger (4th overall, 1995) helped the Mighty Ducks make a franchise-altering trade. The duo went to the Winnipeg Jets as part of the swap for prolific scorer Teemu Selanne, who would form a formidable combination with Kariya. Selanne helped lead Anaheim to a 2007 Stanley Cup championship, as the Ducks became the first California team to capture hockey’s ultimate prize.

Rounding out the list is Bobby Ryan, who came to Anaheim as the second overall selection in the 2005 draft. The right wing put his offense on display right away and entered the 2020-21 season fifth in all-time scoring and sixth in goals.

After receiving multiple first-round picks in the last two drafts, Anaheim seems primed to experience further draft success at the NHL level. The Ducks are just one of two NHL teams to have each of their top selections in both 2019 (Trevor Zegras) and 2020 (Jamie Drysdale) play in the NHL, joining the New York Rangers (Alexis Lafaniere, Kaapo Kakko). Drysdale was the only defenseman selected in 2020 to play in the NHL during the 2020-21 season.

In total, 14 first-round selections in the last 12 draft (2009-2020) all made their NHL debuts with Anaheim. Nine forwards and five defensemen were selected in the first round, and both Brayden Tracey and Jacob Perreault remain with the organization after selection in the 2019 and 2020 drafts. 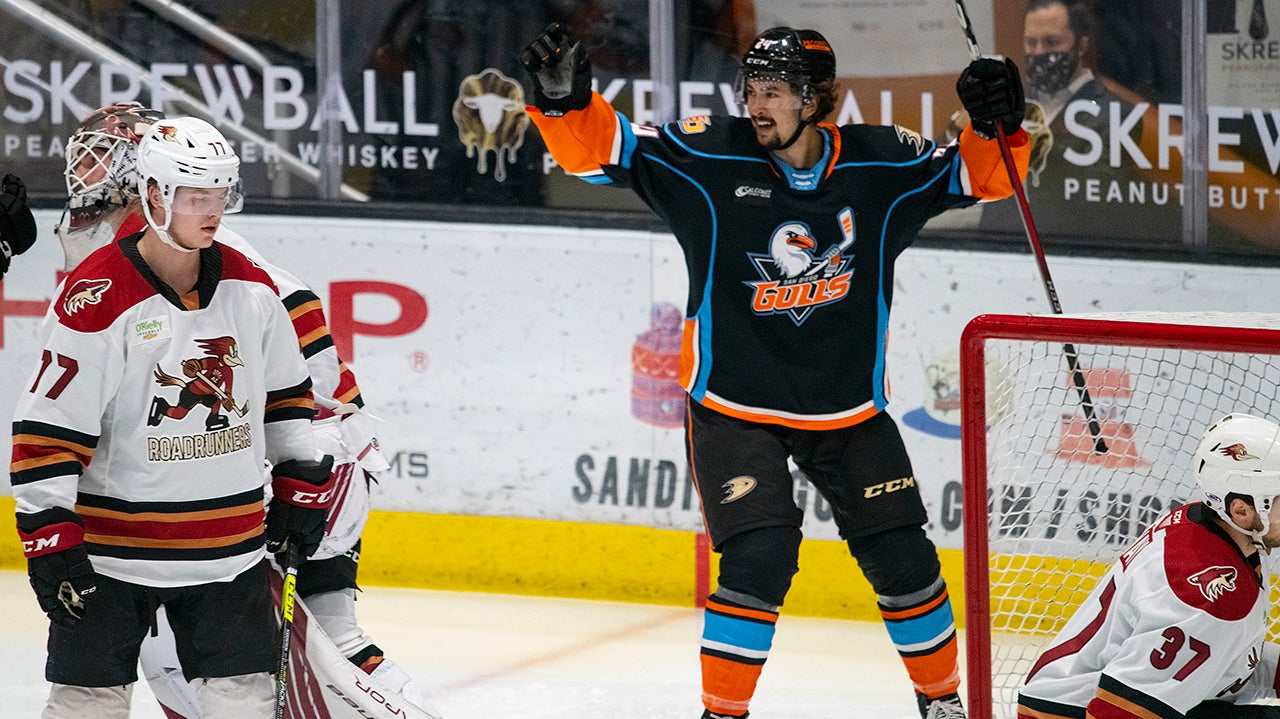 Successful drafting brought on-ice success in the American Hockey League. Since 2010, the Ducks’ affiliates have posted a combined 386-297-43-31 record (.559%) in 757 regular-season games, while advancing past the first round of the Calder Cup Playoffs four of the five times an affiliate qualified for the postseason in the last 10 seasons.

All time, 127 draftees have appeared in games for Anaheim’s primary development affiliates. Since the move to San Diego, 43 players dressed for the Gulls in a combined 2,607 AHL games. Out of those same 43 players, 24 also appeared in 2,158 NHL games.

Of the 73 players selected by Anaheim since 2010, 49 appeared in a game for the club’s primary affiliate. From 2015-2018, 91.3% of all available Ducks draftees spent time at one point or another in the AHL over the past six seasons.

Only Cam Fowler (2010) made the jump directly from the draft to the NHL with the Ducks, the first to do so since 1995. Four players in this history of the organization joined the Ducks immediately after the draft (Fowler, Kilger, Tverdovsky and Kariya).

Drysdale, Perreault, Zegras and Tracey each made their professional debuts with the Gulls last season, while Drysdale and Zegras also appeared in their first NHL games.

Every player eligible to play in the AHL in the last five drafts (2014-19) made their respective AHL debuts, including Anaheim’s entire 2016 class with the Gulls (Jones, Steel, Josh Mahura, Jack Kopacka, Alex Dostie and Tyler Soy).

Taking this further back, all eligible players from the 2015, 2016 and 2017 draft classes have also spent time with San Diego, with the exception of Kyle Olson and Garrett Metcalf. This includes the AHL debuts of center Jack Badini and goaltender Olle Eriksson Ek this past season.

Roman Durny, Henry Thrun and Matthew Hill have yet to appear for Gulls.