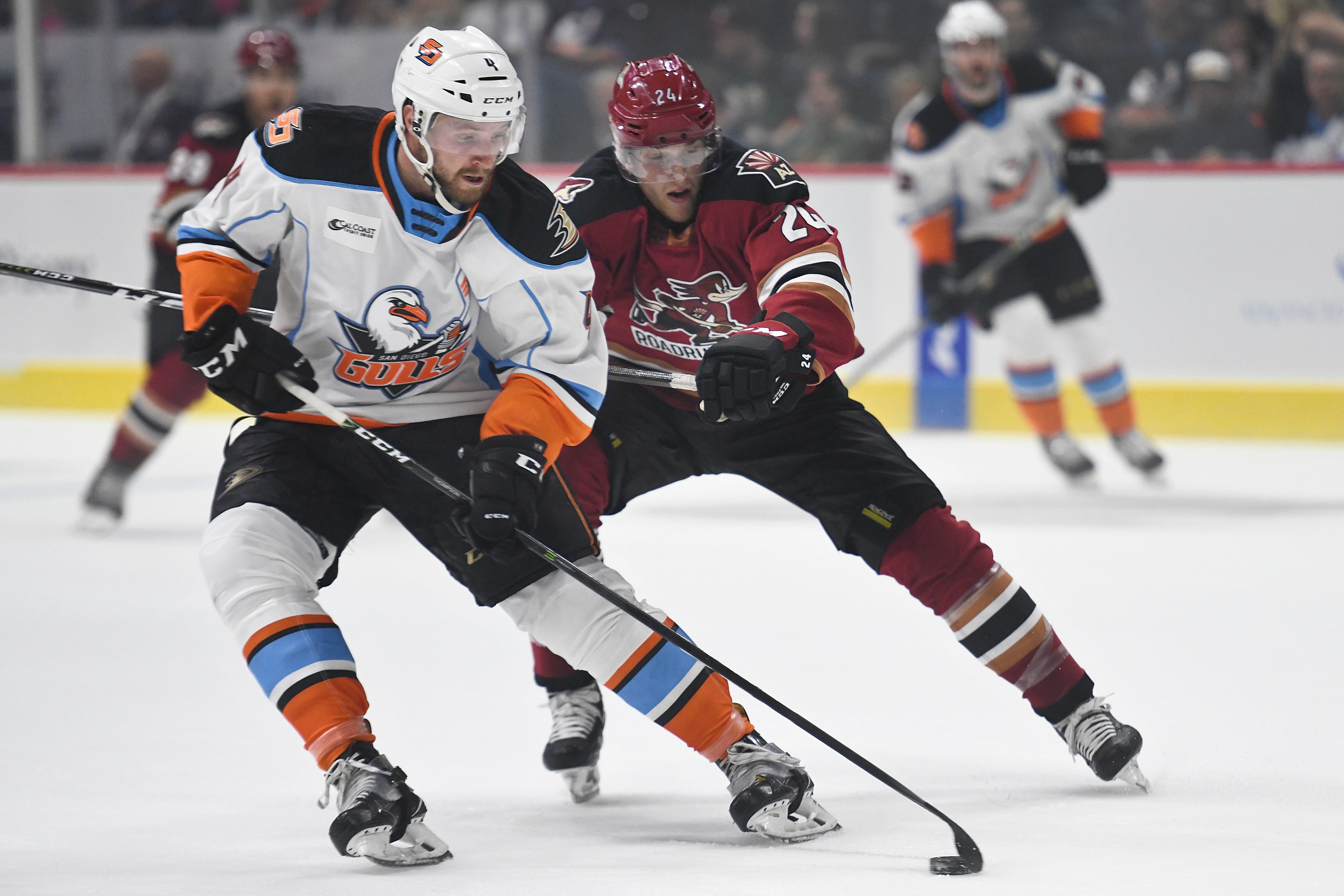 Two nights ago the Gulls (8-8-1-1, 18 points) fell 5-3 to the San Jose Barracuda, who currently lead the AHL with a .763 points percentage. Forwards Chase De Leo (1-1=2) and Joe Blandisi (0-2=2) each had multi-point performances in the setback which De Leo and Alex Dostie scored 13 seconds apart with a late Troy Terry goal to add, but San Diego ultimately fell despite a third period that saw each team net three goals apiece. The game marked the first time this season and fifth in club history that San Diego did not have a power play opportunity.

Following the game, head coach Dallas Eakins noted his disappointment in the game coming off a spirited 2-1 win last Friday over Manitoba.

“I thought we were going to gain great, great momentum coming off our last game where we had such a gritty, high-energy performance,” said Eakins following the defeat. “We came in here and we were listless and soft and slow through the first two periods.”

The comeback effort in the third period saw Dostie net his first goal of the season, with Deven Sideroff and Ben Thomson rounding out a line that was a bright spot throughout the game.

“I thought they were our best line,” added Eakins Wednesday night. I” thought they were trying to do the things that we are asking of them. They played a very simple game, that’s the kind of game you want to play. Complicating it turns it into a slow game. They kept things simple and were able to generate a little bit for us. But as a group that’s unacceptable.”

The Roadrunners enter tonight’s contest unbeaten in their last four games (2-0-2-0) but suffered back-to-back overtime losses to the Ontario Reign. Tucson currently sits second in the Pacific Division behind San Jose despite a penalty kill that ranks 29th in the AHL at 76.2%

Tucson forward Adam Helewka leads the active Roadrunner’s roster with seven goals on the season, two of which came in the season opener against the Gulls. The forward was acquired by the Arizona Coyotes from the San Jose Sharks this offseason in exchange for defenseman Kyle Wood, and has earned 7-5=12 points in 18 games this season.

Conor Garland, who led the Roadrunners in scoring with 19 points (8G/11A) was recently recalled to the parent club Coyotes. Goaltenders Merrick Madsen (3-1-0) and Hunter Miska (4-3-3) have shared duties between the pipes of late with Adin Hill currently with Arizona. The rookie Madsen has a 2.83 GAA and .882 SV% in seven appearances, while Miska has posted a 3.24 GAA and .898 SV% in 10 appearances.