We look back at some of the top moments of the 19-20 season, including the return of a fan favorite and a milestone win for our head coach.

With the Gulls’ 2019-20 season in the books, SanDiegoGulls.com takes a look back at some of the top moments of the fifth season in club history. Today begins the list, with Moments 20-16.

Since the Gulls entered the American Hockey League (AHL) in 2015, players, coaches and staff volunteered in support of Rady Children’s Hospital. Whether it meant hospital visits, ice skating with Rady VIP (Very Important Patients) Families or raising money through in-game auctions and raffles, the Gulls established a close connection with the largest children’s hospital in California.

With this long-tenured relationship, the two sides agreed to enter an official three-year partnership with Rady Children’s Hospital on Feb. 6, 2020 to continue a strong bond in the San Diego Community and enhance the number of outreach programs. The Gulls also helped raise funds and awareness for the hospital during Family Day on Feb. 9. Fans participated in assisting Rady’s in a variety of ways, including auctions, raffles and a 'text to donate' campaign.

“We are proud to align with one of the nation’s leading children’s hospitals and support their mission to restore, sustain and enhance the health and development of children in our region,” said Gulls President of Business Operation’s Matt Savant. “Rady Children’s Hospital shares our focus on improving the health and wellness of the San Diego community, and our partnership will help us further meet that goal by raising funds to support an exemplary organization.”

Throughout the 2019-20 hockey season, the San Diego Gulls Foundation provided $40,880.19 in support to the Rady Children’s Hospital Foundation. 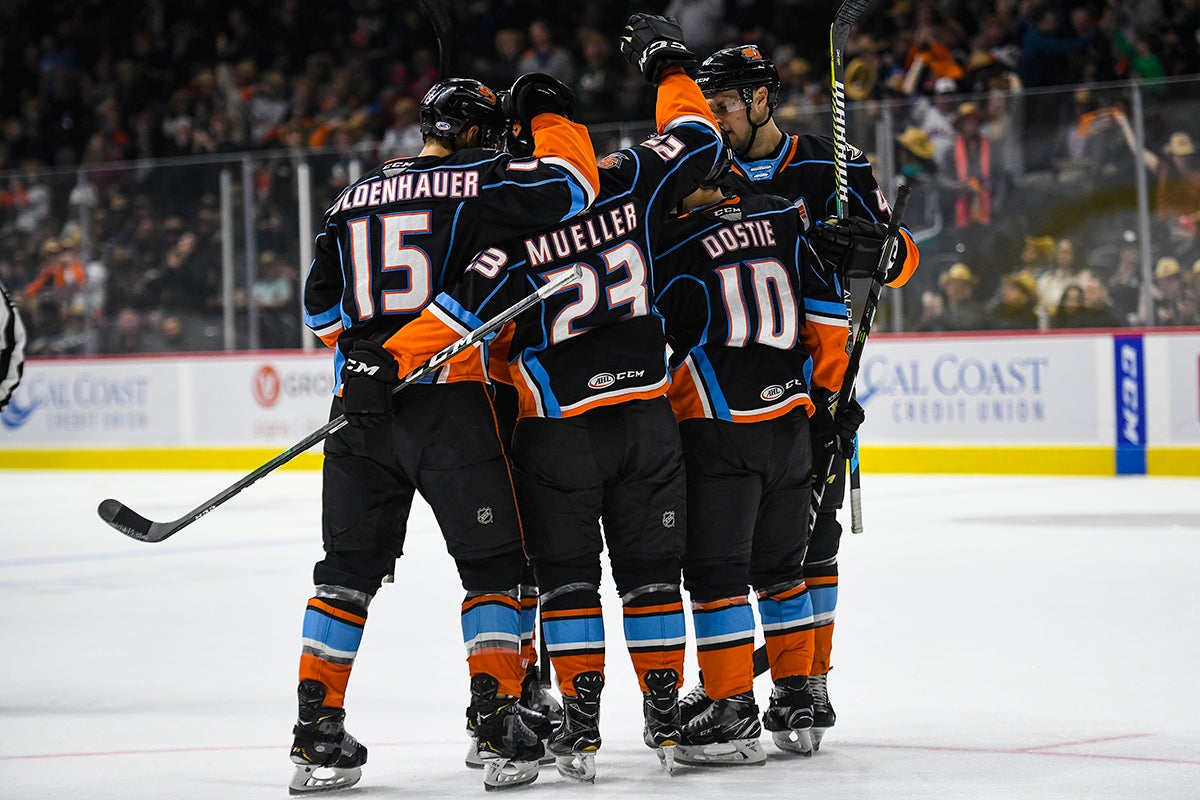 After the Gulls went through a roller coaster first half of the 2019-20 season - battling back from a 0-6-0-0 start - the Anaheim Ducks made a trade. On Dec. 30, the Ducks acquired forward Chris Mueller from the Tampa Bay Lightning in exchange for defenseman Patrick Sieloff. A member of the inaugural San Diego Gulls team that debuted in 2015-16, Mueller was welcomed back with open arms, quickly making a significant impact on the scoresheet and with his teammates.

“He’ll add to our power play, he’s a high-skilled player and has some veteran experience,” said Gulls head coach Kevin Dineen after Mueller was acquired. “He’s been around awhile and won some championships at this level so I think he’ll be great for our young guys. I think Chris is going to come in and fill a nice role for us in the middle of the ice.”

Mueller was immediately trusted with important ice time on the man advantage and didn’t hesitate to capitalize on it, posting 5-3=8 power-play points in 29 games. His five markers on the power play co-led all San Diego skaters despite the fact he missed the first half of the Gulls season while on the east coast with the Syracuse Crunch. As the Gulls began to climb into playoff positioning, Mueller netted two critical game-winning goals against Pacific Division rivals, the Tucson Roadrunners and the Stockton Heat. Both game-winners also came on the man advantage.

His impact wasn’t limited just to the power play as the veteran center also helped guide a very young Gulls team back into one of the league’s hottest teams. San Diego owned a 12-13-2-1 record prior to Mueller’s debut on Jan. 3 vs. Bakersfield. The club went on to record points in 23 of 29 games (18-6-4-1, .707%), leading the Pacific Division in wins and points percentage while also ranking fourth among AHL clubs in points percentage over that span. 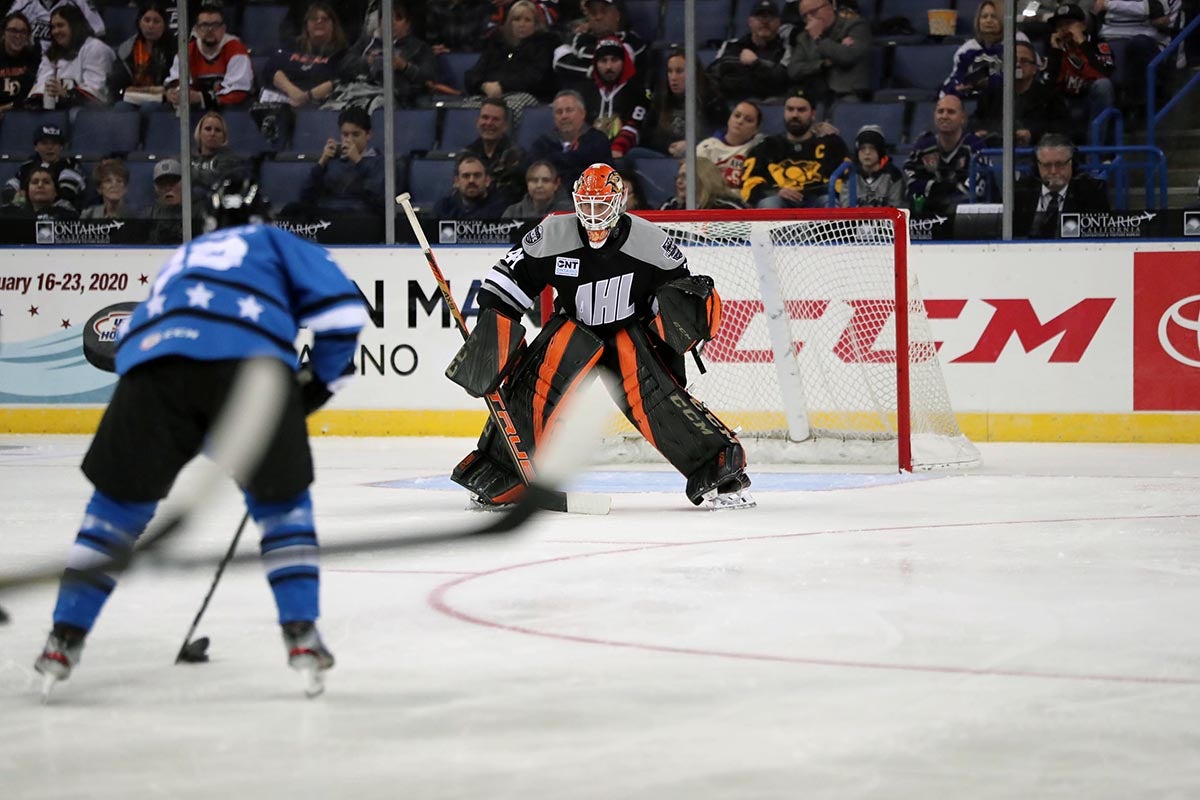 On Jan. 3, the AHL announced Gulls netminder Anthony Stolarz and defenseman Chris Wideman would represent San Diego during the 2020 AHL All-Star Classic in Ontario, California. It marked the second AHL All-Star appearances for both players, who  each participated in the event with their former teams.

On the first night of the two-day event, fans welcomed the All-Stars from around the league as they entered Toyota Center. As the San Diego duo was introduced to the crowd prior to the on-ice Skills Competition, the two were given a mixed welcome. Fans of the hosting Ontario Reign booed the pair of rival Gulls players, but America’s finest fans showed out in full force, taking over an entire section of the arena and overwhelming Ontario with cheers for the Gulls representatives.

“It was a blast. You come out to warmups, look across the ice and see all the Gulls fans,” said Stolarz following the Skills Competition. “It puts things in perspective how much they support us. Hearing them going back and forth with the Reign fans made it special.”

The two impressed in the Skills Competition and helped lead the Pacific Division to 2-1 record in the All-Star Challenge. Stolarz and Wideman embraced the friendly fire throughout the night with smiles and extended a special nod to the section of Gulls fans after the event concluded, giving them a stick raise in appreciation. 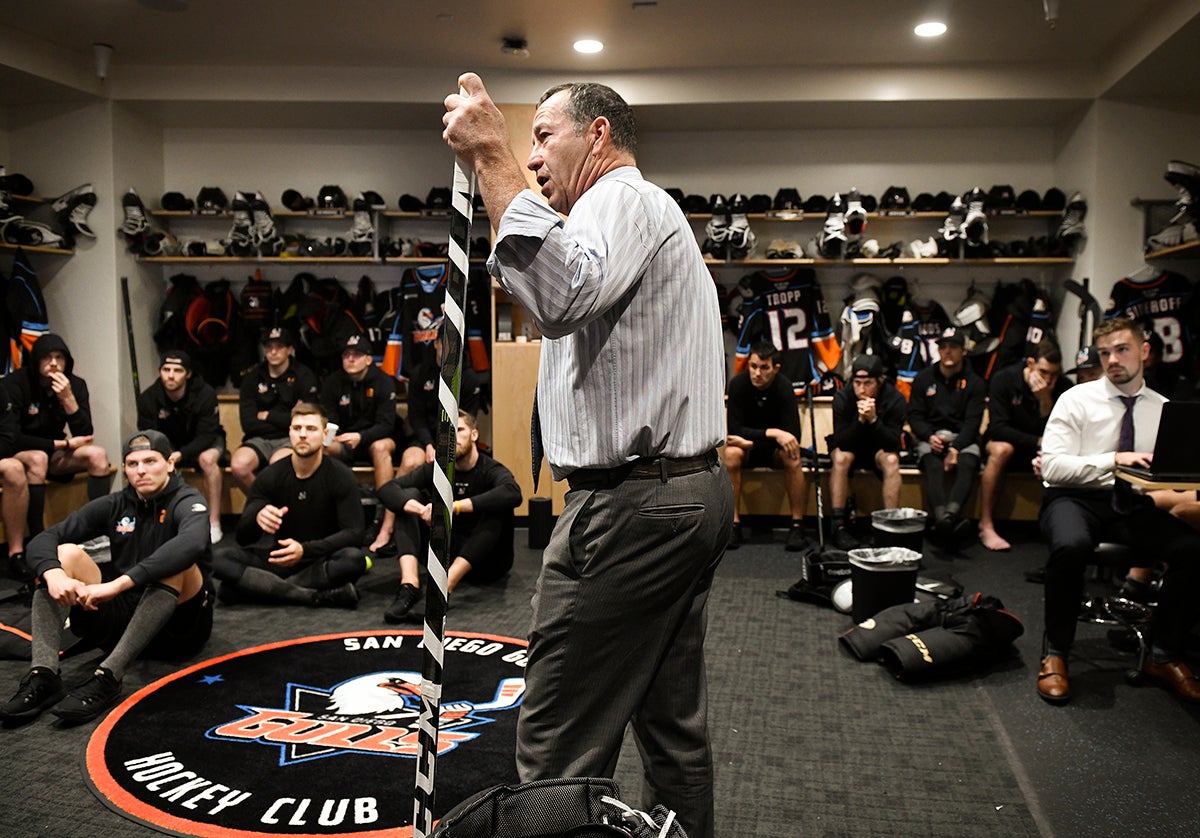 Dineen stood as the winningest head coach of an Anaheim Ducks primary affiliate for years. During the 2018-19 season, former Gulls head coach Dallas Eakins surpassed Dineen’s record in his fourth and final season with San Diego. Eakins was announced as the head coach of the Anaheim Ducks in the following offseason, concluding his tenure in San Diego with a combined 154 wins and leaving a vacancy in San Diego. Dineen was quickly appointed that role, where he would regain his leading position on Feb. 5 with a 4-2 victory over the San Jose Barracuda at SAP Center.

“It’s a great organization to be a part of, I can’t say enough about how I’ve been treated," he said following the milestone victory. "Not only this time but my first time around, so it’s a pleasure to be here. It’s fun to watch the players when I had my first round here that have gone on to have long, successful careers in the NHL. That’s what you enjoy, watching these young guys in that same process now.” 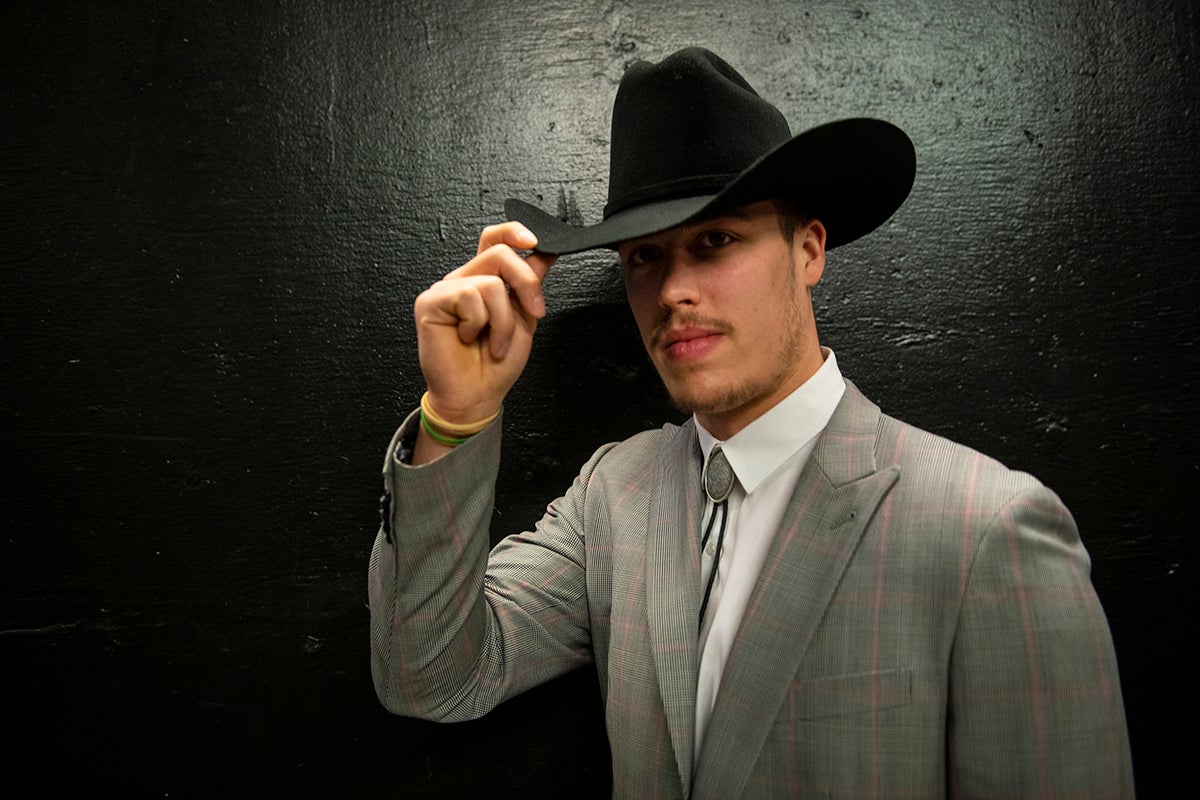 With 11,749 fans packed in Pechanga Arena San Diego, the Gulls prepared for a Pacific Division battle against the Barracuda. The showdown drew the largest crowd of the season and marked the Gulls final home game of the shortened 2019-20 campaign.

San Diego jumped out to an early lead when Max Comtois scored to extend his goal streak to five games (6-2=8), setting a Gulls rookie record for consecutive games with a goal. The Gulls lead grew to 3-0 with two more goals by Isac Lundestrom and Mueller in the middle of the opening frame.

After San Diego took a 4-0 lead - thanks to another goal by Comtois in the second period - San Jose battled back with two goals in quick succession. However, Sam Carrick took the wind out of the Barracuda’s sails as he notched his 20th goal of the season while on the man advantage with five seconds remaining in the period. Comtois added an assist on the score to mark a career-best three-point performance (2-1=3).

“We just have fun coming to the rink,” said Comtois in a postgame interview, wearing his own cowboy hat in celebration of Country Night. “Everybody’s happy and has the right mood when they come to the rink. They want to work. We wanted to get back in the playoff spot and we’re now in it, so it’s awesome coming here and we’re just having fun playing together.”