With the 2021-22 season officially in the books, SanDiegoGulls.com looks back at some of the memorable moments and incredible performances from the last seven months. Today, we roll out the Top Goals, which includes a rarely seen achievement and several American Hockey League firsts. 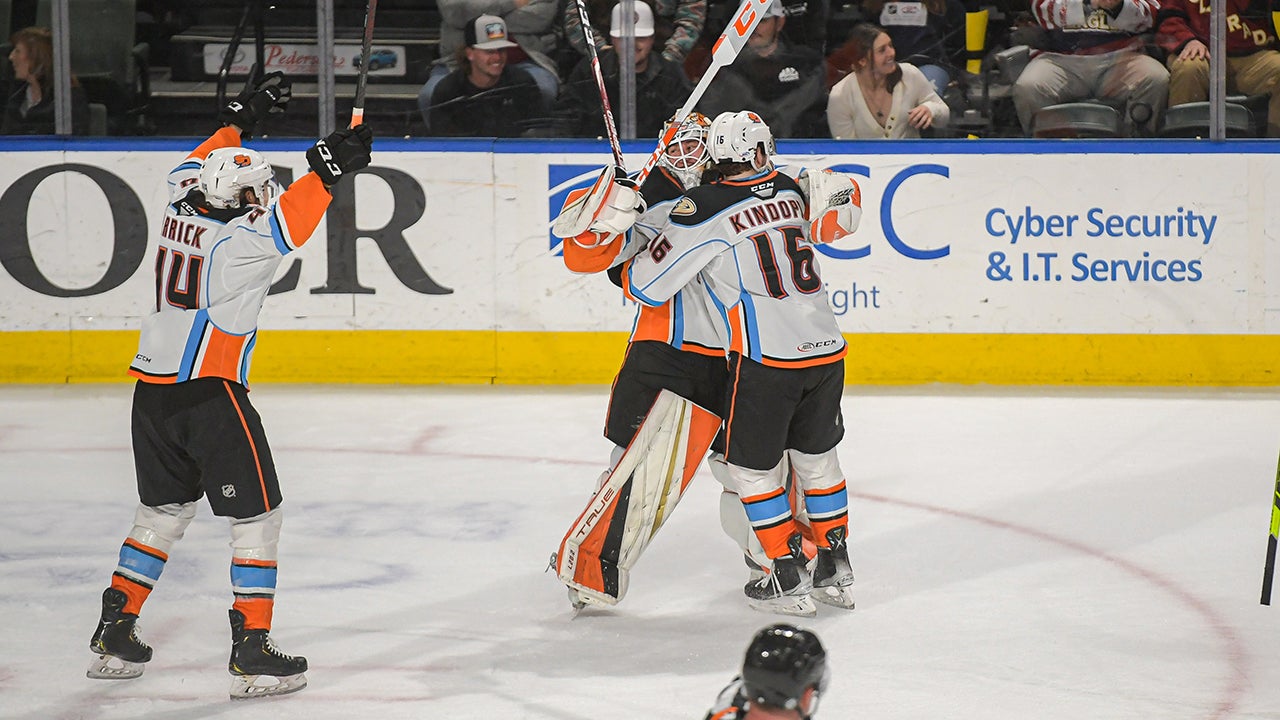 However, the highlight of Dostal’s remarkable season was his goalie goal on Mar. 2, 2020 against the Colorado Eagles. The native of Brno, Czech Republic scored the first goaltender goal in Anaheim Ducks history (NHL or AHL) and became the 16th goaltender in AHL history to score a goal (17th including playoffs).

"So, the puck was kind of, like I think it hit the glass and just moved over quite slow," Dostal said following the game. "I saw all the guys on the redline so I just thought like, 'Yeah, let’s try it,' let’s stop the puck and then I took a look and the guys were like on the blueline so like if it’s not going to go to the goal, then this is going to end up in the neutral zone. So, but luckily, I got really under the puck and I just shot it over so it was fun moment."

Dostal also stopped a career high 51-of-53 shots in the game, becoming the second goaltender in Gulls history to record 50 or more saves while leading his team to a 5-2 victory over the Eagles. 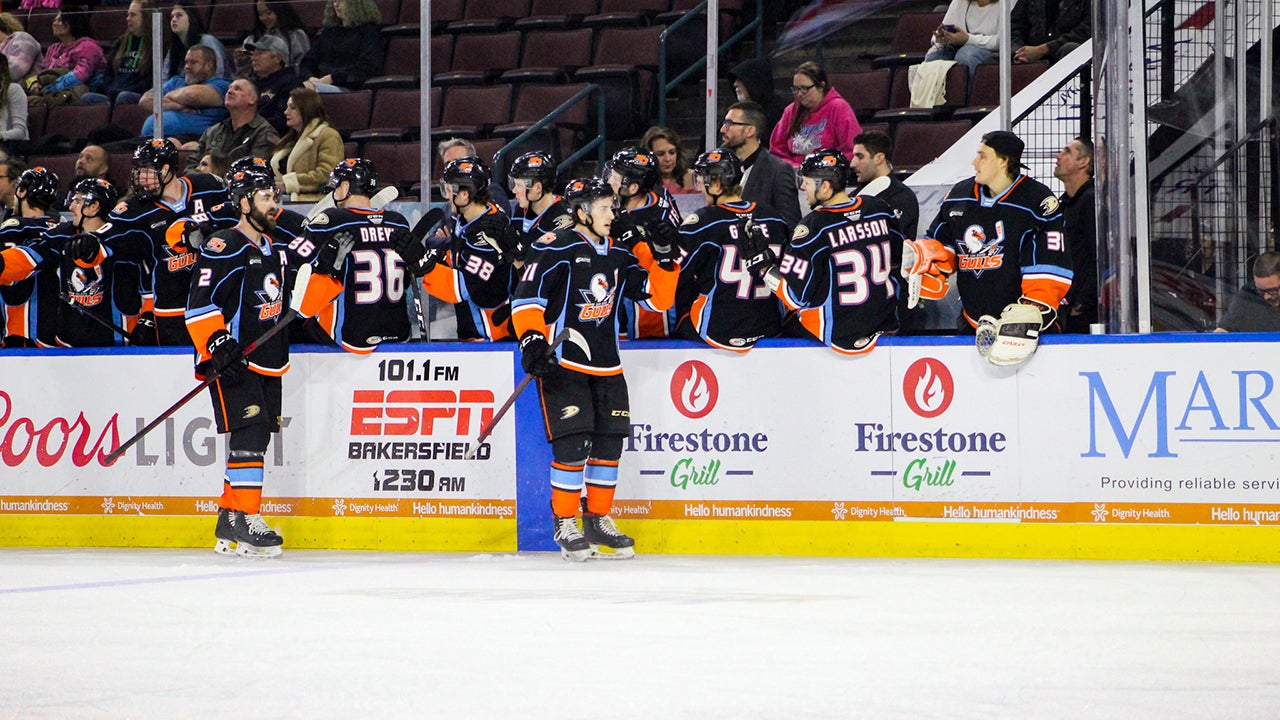 2. Jacob Perreault Pulls Off The Michigan

Perreault made a permanent addition to his highlight reel by executing a Michigan goal - also known as a lacrosse-style goal - on Nov. 13, 2021 against the Bakersfield Condors at Mechanics Bank Arena.

The rookie picked up the puck with the blade of his stick, balancing it as he skated around the back of the net. Perreault whipped the puck off his stick over the shoulder of Condors netminder Olivier Rodrigue for his second goal of the game.

"Honestly, I didn’t even think about doing the Michigan until last year," Perreault said following the game. "Playing as the youngest (on the) team, it kind of showed me some and kind of gave me the confidence to do them in a game. That kind of led to the game and when I got the puck behind the net, I tried to fake a pass going one way and I kind of had the idea I was going to do a lacrosse goal, so I just tried to buy it some more time and when I saw there was an opening, I just went for it and got the best of it."

Perreault extended his career-long point streak to seven games on the play and would set the Gulls’ record for the longest streak put together by a Gull under twenty (19 years, 223 days) with 6-7=13 points in eight games from Oct. 29 - Nov. 19. 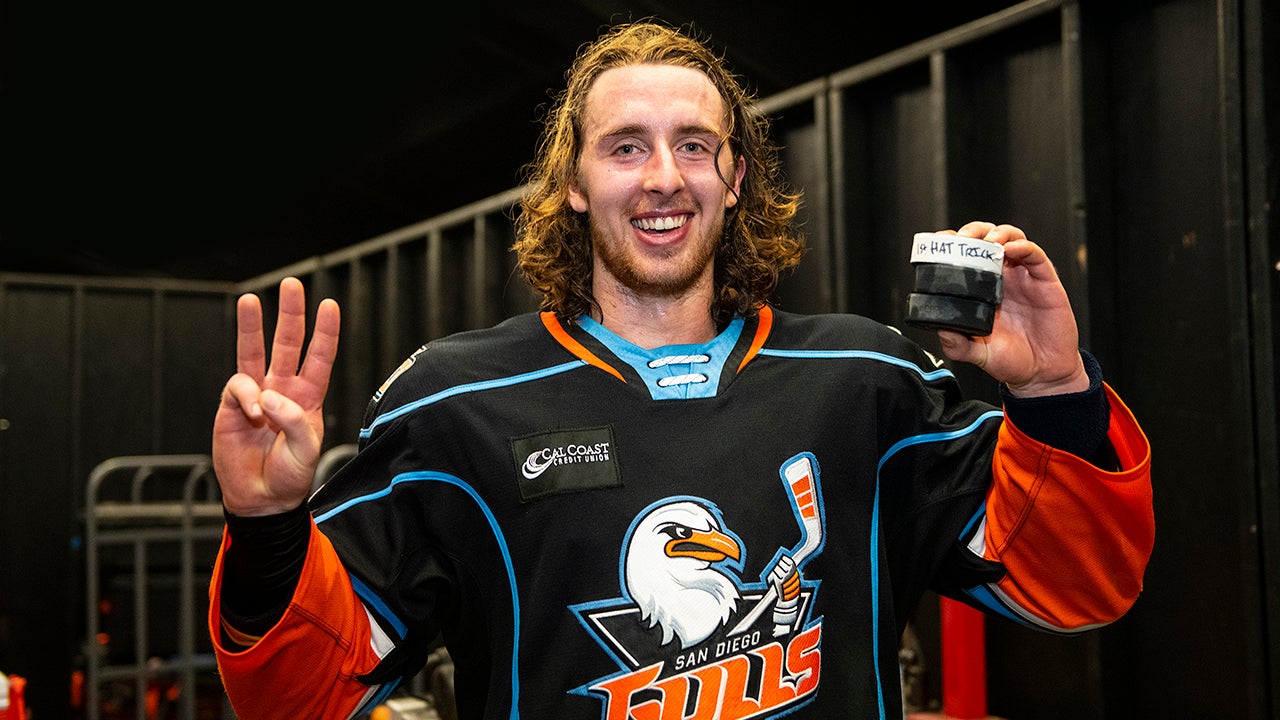 Alex Limoges stole the show on many occasions this season, but the pinnacle of these moments was his first career AHL hat trick in a 4-3 victory over the Tucson Roadrunners on Mar. 23, 2022 at Pechanga Arena.

Limoges started the scoring for San Diego, shoveling the puck over the glove of Tucson netminder Ivan Prosvetov off a shot from defenseman Jacob Larsson to put the Gulls ahead 1-0.

The Virginia native’s work was far from over as the Roadrunners scored a pair of goals to take a temporary 2-1 lead.  Tracey evened the score at two, setting the stage for Limoges to earn his second tally of the night.

The Gulls broke out of the defensive zone, generating an odd-man rush with Limoges and Jacob Perreault leading the charge. Perreault placed a pass right on Limoges’ stick, setting the left wing up for a grade-A chance he cashed in on to establish a 3-2 lead.

The Virginia native then completed his hat trick and closed out the game on the power play, accomplishing a feat the San Diego crowd would commemorate by throwing their hats on the ice during the next game.

"That was a lot of fun," Limoges said. "Honestly, I don’t have any words for it right now. It just seemed like everything was going my way and I didn’t think I did too bad in my first fight, so that’s also a bonus. And we got the win." 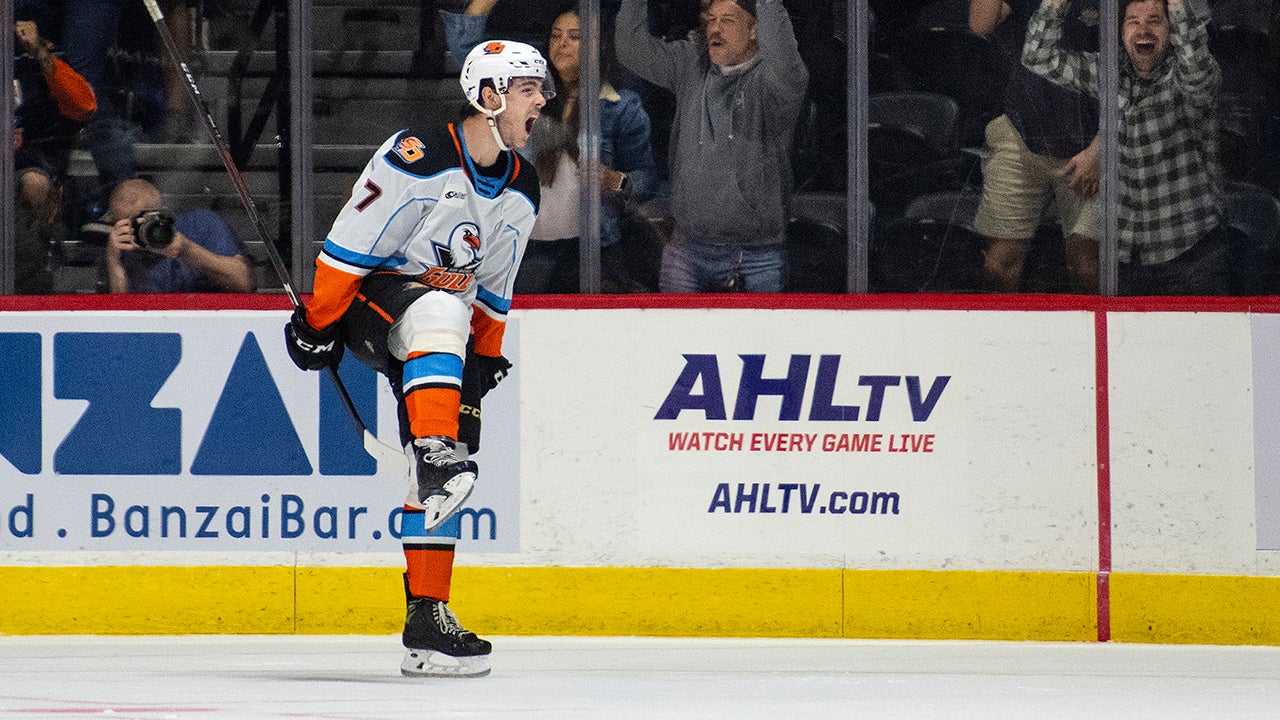 Some players vividly remember their first goal while others say the memory is a complete blur. The former is the case for Gulls rookie Brayden Tracey as his first career AHL goal is a moment forever imprinted on the right wing’s mind.

"I remember Trev (Trevor Carrick) gave me that long pass right from the dot to the base of the blueline," Tracey said. "It was a one-on-one and I slipped it under the guy’s stick and eventually put it in. I remember it was actually a pretty good moment- my roommate, Jacob Perreault, was out there with me and another guy (Mason) McTavish was out there- so I think it was us three young guys out there and that was a very special moment for me."

Tracey netted his milestone against the Bakersfield Condors on Nov. 5, 2021 and accomplished a few other firsts along the way, starting the scoring for the Gulls in a game that would end in San Diego’s first shootout win of the season (3-2). 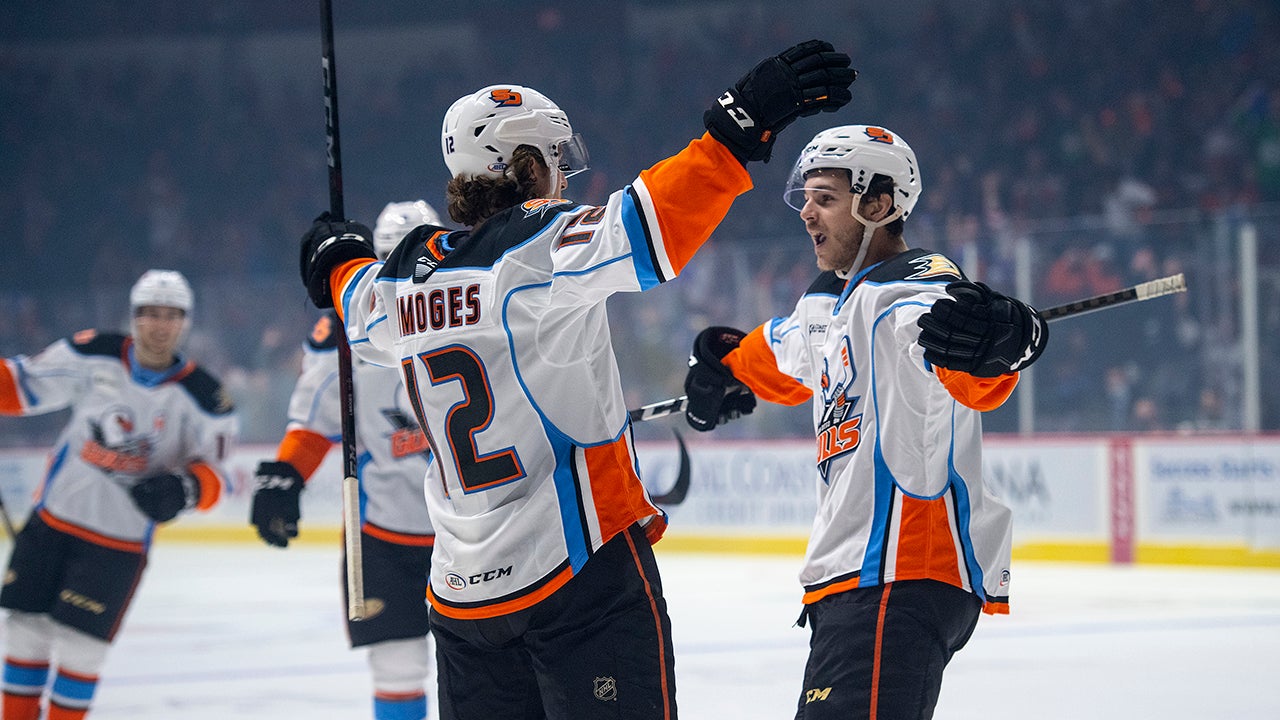 The energy in the arena matched the team’s long-awaited return, as America’s Finest Fans sold out the arena for the team’s first home game. Limoges took full advantage of the hometown crowd, scoring San Diego’s first home goal on the power play.

"It was really cool that first home game seeing that crowd and I was lucky enough to get the first goal, which I don’t even remember hearing any of the crowd," Limoges said. "I think everything just kind of went black, but it was amazing playing in front of fans, especially in front of these fans."

The Gulls posted themselves in Stockton’s zone, keeping the puck low with a gritty battle on the boards to the left of Stockton netminder Adam Werner. The puck was pinched loose and Perreault swooped in on it, moving up the ice as he spotted a wide-open Limoges at the center on the right faceoff circle. Perreault slid a cross-ice pass to Limoges, who blasted a slap shot through the pads of Werner.

This goal marked the first of Limoges’ rookie-leading 19 power-play goals this season, as well as the first of a career-high 23 goals in 2021-22.